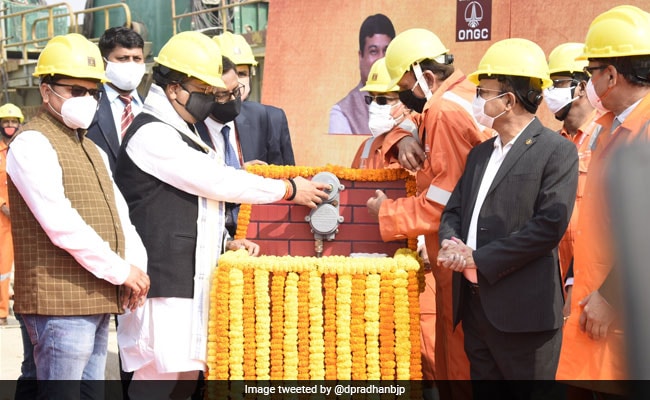 West Bengal found a place on India’s oil map when Union Minister Dharmendra Pradhan dedicated an oil and gas field in the North 24 Parganas district to the nation on Sunday.

He said production from the petroleum reserve here, about 29 miles from Calcutta, began with the shipment of the extracted oil to the Indian Oil Corporation’s (IOC) Haldia refinery.

“With the start of production from the Ashoknagar oil and gas reserve, West Bengal will find a place on the oil map,” he said after the project opened.

The state’s first proven oil and gas reserve was discovered in 2018.

The Ashoknagar field, which falls under the Mahanadi-Bengal-Andaman (MBA) basin, has proven to be economically viable, he said.

The minister said the crude oil discovered in the Ashoknagar reservation was of high quality.

He said commercial production from the oil field would add revenue to West Bengal and create jobs in the state.