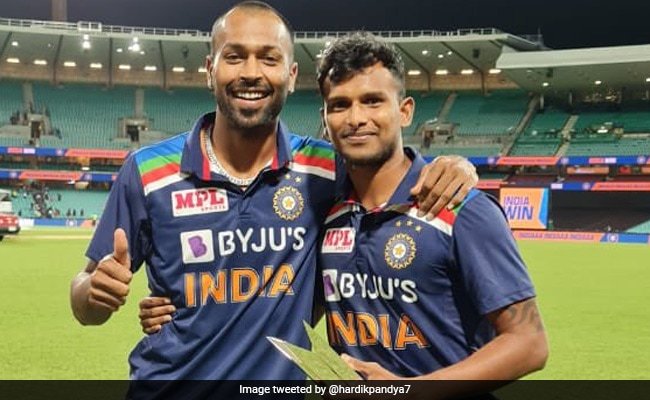 Hardik Pandya gave his trophy to Natarajan, then the Pakistani cricketer said- ‘Here we all …’

India Vs Australia: T20 and India tour of Australia was played between India and Australia. Australia named the ODI series 2–1, while Team India named it 2–1 T20 series. Hardik Pandya performed brilliantly in T20. He batted brilliantly and played the role of match finisher, for which he was given the Man of the Series award. He gave this award to T Natarajan, who was playing the first T20 series, for which he is getting much praise. Pakistani cricketer Danish Kaneria praised Hardik Pandya, criticizing Pakistan Cricket.

Natarajan was the highest wicket taker in the T20 series. The series had a lot of runs, but despite that, he bowled with skimp and gave very few runs. He took 6 wickets in the three-match Test series. Therefore, Hardik Pandya gave this title to Natarajan. Former Pakistan spin bowler Danish Kaneria praised Pandya for this. He also criticized Pakistan cricket.

Danish Kaneria tweeted, ‘Hardik Pandya won the hearts of people by winning the Man of the Series Award to Natarajan. The youth should be happy and motivated. None of our players ever did this. Everyone thinks of himself.

Great Pic can not be better ,#HardikPandya wins the hearts winning the man of the series but gives to Natarjan ,youngster must be delighted and motivated.hamaray Kisi player ney ahsa Kia khabi sub apna sochthay hai pic.twitter.com/UUSIxYmqbU

Danish Kaneria has praised Natarajan earlier. He took 2 wickets for 20 runs in the second T20 match. Australia had managed to score 194 runs, but Team India made it easily by chasing.