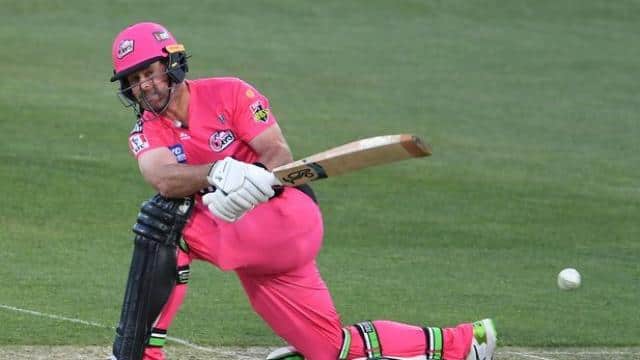 The Sydney Sixers’ team faced the Adelaide Strikers in the 11th match of the Big Bash League 2020. Sydney’s team came out to bat first, but the team did not have a good start and the team lost their two wickets for just 29 runs. After this, Rashid Khan bowled James Vince, who was trying to set at the crease, gave Sydney a third blow to score 58 runs. Dan Christian, who came to the crease as a new batsman, took an aggressive approach from the very first ball and batting hard, scoring 50 runs in just 16 balls, which helped the Sydney Sixers to score 177 runs for 5 wickets in 20 overs. Was successful in Chasing the target, the Adelaide Strikers team could manage only 139 runs at the loss of 7 wickets.

The second-fastest 50 in BBL history! @DanChristian54 smoked a 50 off only 15 balls to completely change the game! @BKTtires | # BBL10 pic.twitter.com/rTBTNaRXix

Dan Christian also performed well with the ball after the bat and took just one wicket for 25 runs in his four overs. This is the second win of the Sydney Sixers in the third match and the team has now reached number three in the points table. At the same time, the Adelaide Strikers have suffered their second defeat in their third match.