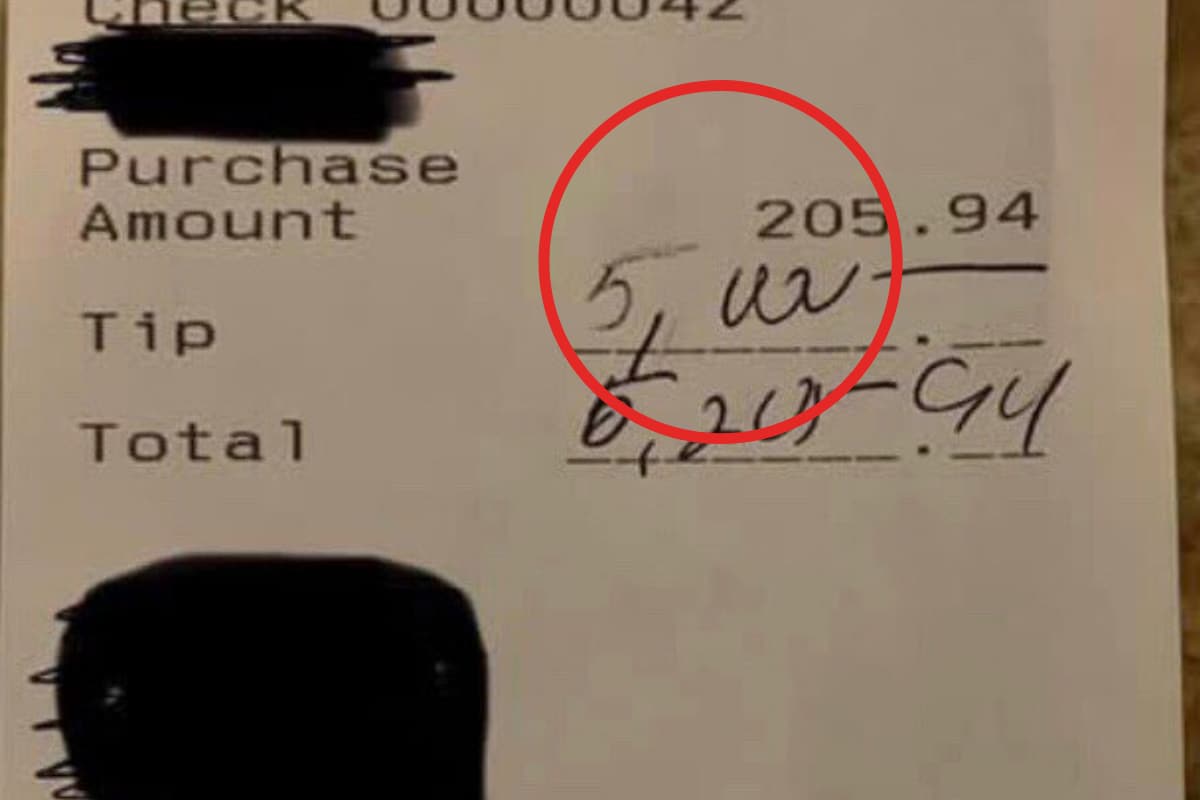 There are times when the generosity of strangers leaves you speechless. Something unexpected and heartwarming happened to the staff at an Italian restaurant called Anthony’s in Paxon Hollow, Pennsylvania.

A restaurant employee was surprised when she received a tip of $ 5,000 (approximately 3.67 lakh). The waitress who received this tip is called Gianna DiAngelo. Gianna was understandably surprised by the gesture. She said she was happy to receive something and when they said $ 5,000 she couldn’t believe it.

Gianna decided to use this money for her college and “pay it up to do something good for others”.

According to CBS Philly, the restaurant manager said the tip was left by a group that frequently plays golf at Paxon Hollow, Pennsylvania.

BIG TIP: A group of regulars left a tip of $ 5,000 on a $ 205 bill at Anthony’s in Paxon Hollow in Media. The manager says they play golf there a lot … he says the extremely generous gesture happened earlier tonight. @CBSPhilly pic.twitter.com/NmESGzmDGe

The official Anthony’s handle also shared a picture of the receipt showing that the group of friends spent $ 205.94 on their purchase but tipped the waitress $ 5,000. The receipt indicates that the incident occurred around 6:30 p.m. on December 12, 2020.

The Facebook post does not take Gianna’s name and said the amount supports the restaurant staff. The post thanked the people who gave this tip and said it would help their staff get through the vacation.

They said they love and appreciate everyone around them and signed up that they have the best community.

Your post has received over 1,000 likes so far. Facebook users are happy to see the act of kindness just before the holiday season in these troubled times.

A user named Michael V said the tip was an incredible and amazing gift. He said, “Given the difficult times in the industry, it warms your heart to see someone do something so incredibly generous!”

Another user said that he felt that the person who acted kindly was grateful for something. He said that being grateful has a snowball effect.

However, the state does allow outdoor food and take-away meals. The Coronavirus

Infections in the state are over 5 lakh, while over 12,000 people have died from the consequences Covid-19