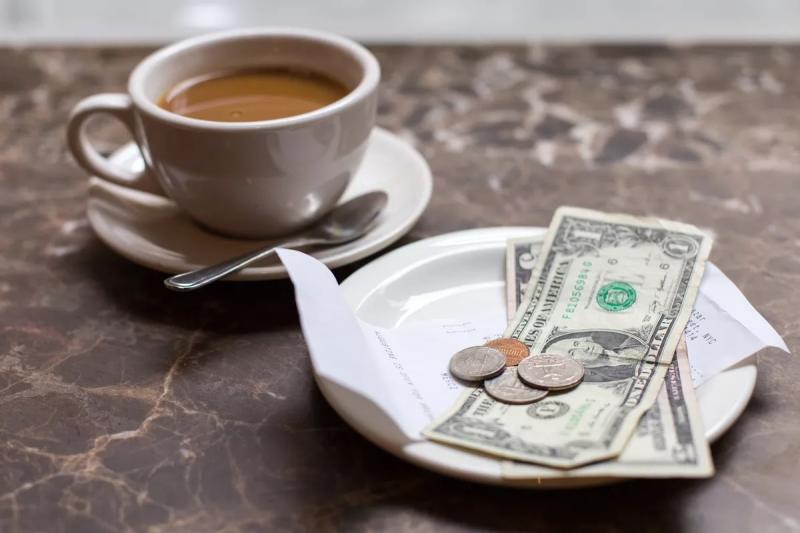 Washington: Usually when going to big big restaurants a tip is a must give. Most people tip in less than a hundred rupees. Someone who is very rare will only give a finger tip. But have you ever heard of tipping lakhs of rupees? But the incident actually took place. One man tipped the waitress $ 500. 3,67,287 in our currency. The incident is currently causing tribal animosity on social media AmericaTook place in. Details .. Gianna de Angelo, who is studying nursing at the University of Wyden in Chester, works part-time as a waitress at an Italian restaurant in Pennsylvania. On Saturday, a man came to a restaurant with his friends and ordered food. The bill was $ 205 (Rs. 15,058). Gianna brought the bill and the customer left $ 5,205 on the table. When Gianna came and saw .. an additional five thousand dollars appeared. Gianna thought she had forgotten and looked to return the money. But the customer is already gone. (Trending: The kid who booked 42 orders by mistake)

That meant he tipped the money away. When the restaurant owner was told about this, they shared the bill paper on Facebook. It has $ 205 on the bill and 5,000 on the tip. Shows a total of $ 5,205. Gianna was overjoyed to receive such a large sum of money as a tip. Speaking on the occasion, she said, “The person who gave such a tip is a regular customer of this restaurant.” He tipped me such a huge amount with a very good mind. I do not use it at my own expense. That said I will use it for any good work. This story right now FacebookThe tribe in Au is at loggerheads. Netizens praised the customer saying that he had a good mind during the epidemic and that everything was going well for his good mind.