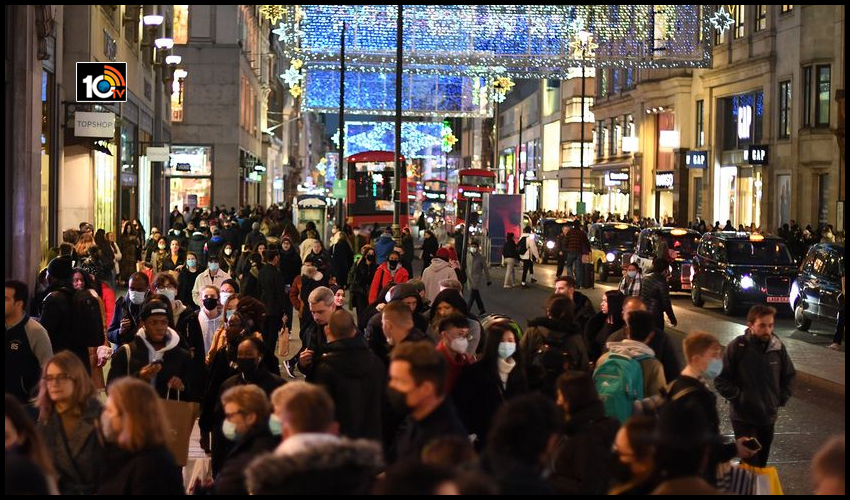 Covid-19 is ‘out of control’ in the UK UK Health Minister Matt Hancock made key remarks on Sunday (December 20,2020). Matt Hancock agreed that the new corona virus was not under control in the country. However, shortly after Britain’s Prime Minister Boris Johnson announced that he was imposing a tier – 4 lockdown in London and southeastern England in the wake of the corona boom, Matt Hancock made key remarks that the situation in the country had deteriorated.

On Sunday, as part of the BBC’s Andrew Marr show, Hancock said no to the question of whether the Corona virus was under control in Britain. “Currently, there are very difficult situations,” he said. He said the best gift people can give this Christmas is to stay home without spreading the virus. Hancock said the lockdown could continue in London for a few months until the vaccine is available to all nationals. That said, there are no easy answers or easy options. He said he thinks it would be a mistake to ignore new scientific evidence.

Meanwhile, the tough Tier-4 lockdown announced by the British Prime Minister on Saturday will take effect in London and southeastern England from midnight on Sunday. Accordingly, all non-essential businesses will have to close. This lockdown will have a profound effect on Christmas. A large number of Londoners are moving to other cities as the British Prime Minister suggests canceling the Christmas festivities as well. Prime Minister Boris Johnson has said he is “deeply saddened” that Christmas could not be planned.

European countries began banning flights from the UK on Sunday after the British government warned that the new corona virus was “out of control”. The Netherlands has already announced that the ban on all UK passenger flights will take effect from Sunday. Scotland also imposed a ban on traffic from England in the wake of Wales going into the lockdown once again. Belgium has also said it will suspend air and rail arrivals from Britain from this midnight. The German government is reportedly doing the same.

Meanwhile, the distribution of the corona vaccine continues in Britain. The Pfizer vaccine was approved by the UK on the 8th of this month. 90 – year – old Margaret Keenan became the first person in the world to be vaccinated against corona. So far 3 lakh 50 thousand people in Britain have been vaccinated with the first dose.

On the other hand, a full lockdown was imposed once again as the corona prevalence in Italy increased again. The decision was taken by the Italian government as people are more likely to gather in public in the wake of Christmas. Redzone was announced in Italy from December 24 to January 6. The government has stated that no one will be allowed outside during these lockdown days except for emergencies. It is known that the European countries Germany and the Netherlands have already announced a lockdown in the wake of Christmas.