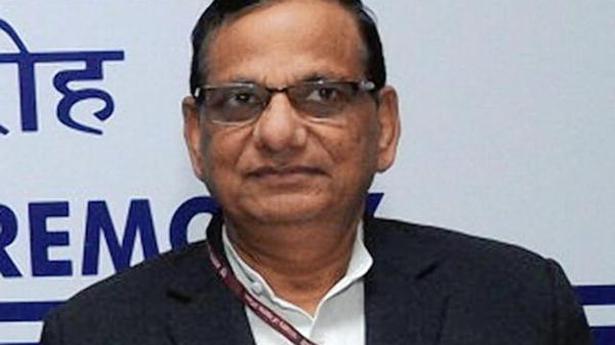 States have been instructed to identify at least one Post-Immunization Adverse Event Management Center (AEFI) in each block to ensure side effects or side effects of the COVID-19 vaccine can be contained quickly, Health Minister Rajesh Bhushan said at a news conference Tuesday.

“In the countries where vaccination has started, especially the UK, adverse events occurred on the first day. Hence, it is important that states and UTs [Union Territories] Prepare for that too, ”he said.

NITI Aayog Member (Health) Dr. VK Paul said this is an adult vaccine that will be given for the first time on such a large scale and will not start in the hospital. “This requires special care,” he noted.

India currently had 6 proposed COVID vaccines in clinical trials and three pending emergency approval. “The Drugs Controller General of India also approved clinical trials for another vaccine candidate from India – the novel mRNA vaccine candidate HGCO19, which was developed by Gennova, Pune, and is supported by the government. The vaccines will be stable for two months at 2-8 ° C, allowing us to take advantage of our available cold chains, ”he said.

In India, the situation should not be taken for granted even though the death rate has been falling. “Most of us are still vulnerable. Uttarakhand, Himachal and Nagaland are states where the situation is cause for concern. This is a devastating disease. It could cause mild illness, but it could also take a serious turn, as we saw in the case of a reported fungal infection at a hospital in Delhi. The infection has caused patients to lose sight, ”said Dr. Paul.

Mr Bhushan gave details of ongoing preparations to ensure safe and effective vaccination of the population and said adequate cold chain infrastructure had been made available across India.

“Guidelines have been issued for the estimation of electrical and non-electrical cold chain devices and their reinforcement, and 29,000 cold chain points, 240 walk-in fridges, 70 walk-in freezers, 45,000 ice-cold fridges, 41,000 freezers and 300 solar fridges will be used for the vaccination campaign,” he said.

With that, the active cases dropped dramatically below 3.4 lakh, with the total number of positive cases being 3.39,820, accounting for 3.43% of the total cases.

“The decrease in active cases is complemented by an exponential increase in recoveries. The total cases recovered have exceeded 94 lakhs [94,22,636] and the gap between active cases and recovered cases is steadily widening and currently stands at 90,82,816. The national recycling rate has increased further to 95.12%.

India’s recovery rate is one of the highest in the world for high-case countries. This includes the USA, Italy, Russia and Brazil.

According to the ministry, 34,477 had recovered and fired in the past 24 hours. It was observed that 74.24% of the new recoveries were concentrated in 10 states / UT.

India has reported 354 deaths in the past 24 hours, with Maharashtra and Delhi each reporting 60 new deaths. West Bengal follows with 43 daily deaths

In a clearly arranged list you will find a mobile-friendly version of articles from the daily newspaper.

Read as many articles as you want with no restrictions.

We inform you three times a day about the latest and most important developments.