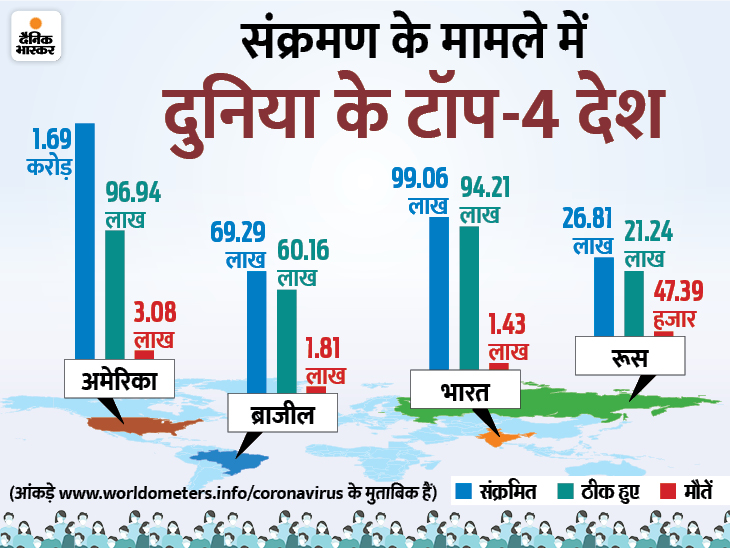 The number of corona patients in the world exceeded 7.31 crores. More than 5 crore 13 lakh people have been cured. So far, over 16 lakh 27 thousand people have lost their lives. These figures are according to www.worldometers.info/coronavirus. Vaccination has started in many countries of the world. Meanwhile, a threat is emerging from cyber attacks on vaccine companies. Moderna Vaccine Company has become a victim of this. The company itself has confirmed this.

Christmas in the Netherlands will fade this time. Here the government has announced a strict lockdown of five weeks.

Cyber ​​attack on Moderna
The Modern Vaccine Company on Monday admitted that some of its important documents had been stolen in the cyber attack. The special thing is that the company itself did not know about it. The first information about this was given to the company by the European Medicine Agency (EMA). According to a report by ‘The Guardian’, these documents are from when the company was sending documents to the governments for approval. Meanwhile, the documents were stolen.

Providing EMA information is also important because it is the regulatory agency that approves vaccines in European countries. It had expressed apprehensions several months ago that the vaccine data of some companies could be accessed. It is said that there were several failed cyber attack attempts on Pfizer and Bioentech company.

Israeli PM Quarantine
Israeli Prime Minister Benjamin Netanyahu has quarantined himself. They came in contact with an infected colleague. According to the news agency, Netanyahu will remain quarantine until Friday. He had two tests on Sunday and Monday. The report of both came negative. This is the third time since April that Netanyahu has been quarantined. So far, 3 lakh 58 thousand 293 people have been found infected in Israel. Three thousand people have died.

Christmas will fade in the Netherlands
Netherlands Prime Minister Mark Root has declared a five-week strict lockdown in the country. Root made it clear that at the moment, there is no more effective way to stop coronavirus. They said- We are going to put a strict lockdown. Schools, shops, museums and gyms will remain closed during this period. No relief should be expected before 19 January. We want the situation to be prevented from becoming catastrophic in future and strict steps have to be taken for this.

At the same time, while Mark was announcing the lockdown, thousands of protesters outside his office were shouting slogans and demonstrations in protest against the strictures. The government has said that no more than two guests can come to any house and for this also the local authorities will have to give information. However, it is believed that the government may give some relief from December 24 to 26.

A policeman stationed in the Hague city of the Netherlands. Here the government has announced a five-week strict lockdown. It is believed that some relief can be given from December 24 to 26 as it will be Christmas.

Things are bad in California
The situation has worsened due to infection in California, USA. A report says that by the end of this week, beds will not be available for people admitted in the ICU of any hospital in the state. In some hospitals, the beds are over. According to a report by ‘The Guardian’, only 1.5 percent of beds are currently vacant in California hospitals.

The situation has become frightening due to Corona in America. Only 1.5 percent of beds are currently vacant in California hospitals. (File)

Situation in the top 10 countries affected by Corona

(The figures are according to www.worldometers.info/coronavirus)