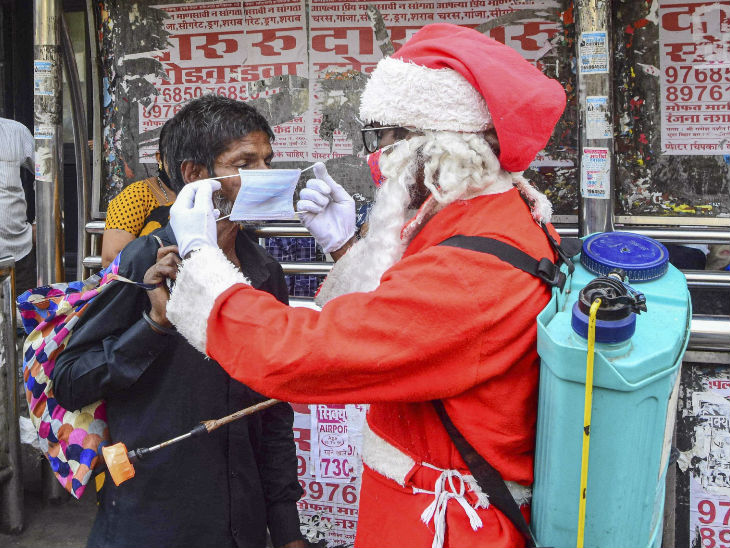 This picture is from Sion area of ​​Mumbai. Here a person wearing a Santa Claus dress and distributing masks to the people.

The figures of corona infects in the country gave a major relief on Wednesday. Only 18 thousand 164 new cases came. This was the lowest since June 24. Then 16 thousand 868 cases came. In the last 24 hours, 33 thousand 350 patients were cured. 356 infected died. There was a decrease of 15 thousand 563 in the patients being treated, ie active case. This is the highest in about a month and a half. Earlier, on November 2, 21 thousand 447 active cases were reduced.

So far, 99.50 lakh people in the country have been infected with corona, out of which 94.89 lakh have been cured and 1.44 lakh have lost their lives due to this epidemic. These figures are taken from covid19india.org.