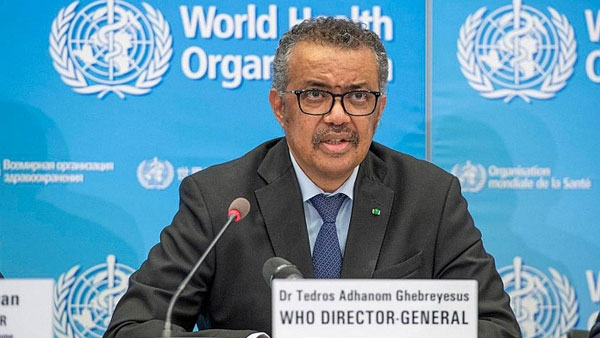 Authorities have identified a new type of corona virus in Britain

World Health Organization (WHO) chief Michael Ryan has said that many types of corona viruses have already been identified and that the corona virus will mutate over time. The British government is on high alert for the detection of a new virus. Strict corona virus restrictions have been imposed in the wake of increasing daily cases in London. The health secretary attributed the latest outbreak to a new type of virus. Health Secretary Matt Hancock said the corona was spreading most severely in Kent and Essex, near Greater London, and that the government should take swift action.

In some areas, he said, cases are doubling every seven days. The increase in Kovid-19 cases in southern England is thought to be linked to a new variant of the coronavirus. He said authorities were evaluating the new virus, but there was no evidence that it was more likely to cause a serious illness. Although the Secretary of Health said that we have currently identified more than 1,000 cases with this variant mainly in the south of England, cases have also been identified in almost 60 different local authorities.

Tier 3 restrictions in London with an increase in cases

Preliminary tests indicate that the new variant is growing faster than the current variant .Medical experts say that this new type of virus is not susceptible to the vaccine. In light of this, bars, pubs and restaurants in London will be closed under Tier 3 restrictions. People are saying that there is a panic over the new virus. Officials say it will also reduce the number of people traveling from one area to another. Health Secretary Hancock said people should not travel to central London to do Christmas shopping.

An in-depth study of the new virus .. WHO mentioned

People are being told to be vigilant because of the high alert in London. Dr Michael Ryan, the World Health Organization’s chief of emergency services, said the UK health agency was working with British and other health officials to assess the new strain of corona virus reported in the UK. He clarified that these kinds of changes are very common. But with Christmas now approaching, medical officials are pushing for stricter lockdowns in London to curb the spread of the virus. However a new type of corona virus is now backing the British inhabitants.