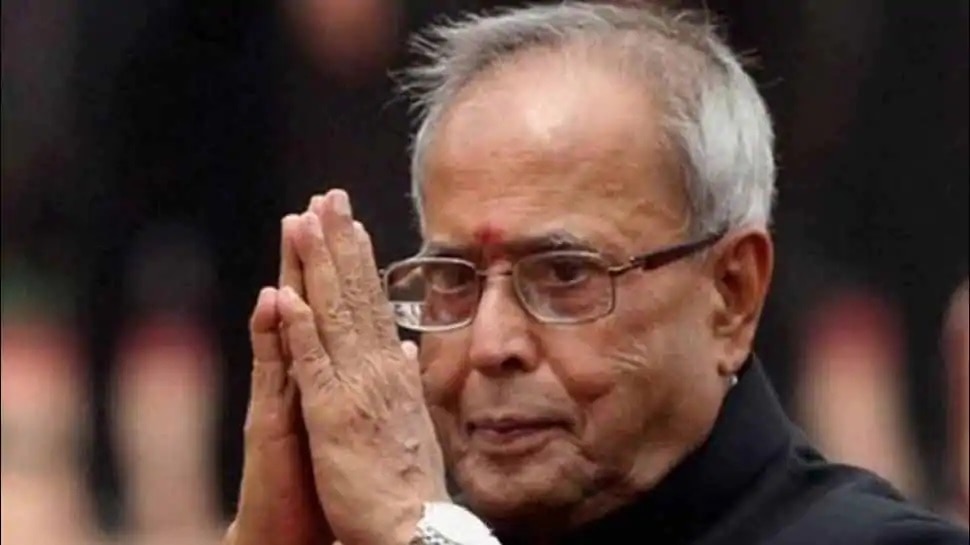 new Delhi: Abhijit Mukherjee, son of former President Pranab Mukherjee, has appealed to stop publishing the book ‘The Presidential Years’. Abhijeet says that some of the memoirs related to Pranab Mukherjee being taken in the book are ‘Motivated’. Hence, the publisher has been requested to stop publishing it until his written consent is given. At the same time, Mukherjee’s daughter Sharmistha Mukherjee has opposed his brother’s statement that there should be no attempt to stop publication of the book for ‘cheap publicity’.

Objection on some parts of the book
Former MP Abhijeet also said that he has written a letter to its publisher ‘Rupa Prakashan’ to stop the publication of the book ‘The Presidential Years’. Abhijeet tweeted, tagging Rupa Publications and its managing director Kapish Mehra, ‘Being the son of the author of the memoir, I urge all of you to stop publishing this book. Some parts of its inspired parts have come to the media without my consent. ‘

He further said, ‘My father is not in this world. In such a situation, due to his son, I want to study the contents of the book because I believe that if my father were alive, he would have done the same. In such a situation, I urge you all to stop the publication of this book immediately until I give my written consent till I have studied it. I have already sent a detailed letter to you about this. Abhijeet’s tweet did not get any response from Mehra and his publication.

Sister protests
Responding to her brother’s tweet, Congress national spokesperson Sharmishtha Mukherjee said, “As the daughter of the author of the memoir, I urge my brother Abhijeet Mukherjee not to create unnecessary hindrance in the publication of the last book written by his father.” Do. He (Mukherjee) had written it all before he became ill.

He also said, ‘Along with the book are notes and comments written by my father’s hands which have been strictly followed. The views expressed by him are his own and should not be attempted to prevent anyone from publishing it for cheap publicity. This will be the biggest injustice to our late father.

This is the reason for the dispute
Actually, according to the excerpts of the book released in the media on behalf of the publication, in this Mukherjee has mentioned many things in the context of his experiences as president and the leadership of Congress. According to public excerpts, Mukherjee has written that after he became President, the Congress deviated from the political direction and some party members believed that if he had become Prime Minister in 2004, he would have lost the Congress in the 2014 Lok Sabha elections. Does not matter

Mukherjee had written the memoir ‘The Presidential Years’ before his death. This book, published by Rupa Publications, was to be available to readers from January 2021. Karan Mukherjee died at the age of 84 on 31 July due to health complications after the corona virus infection.