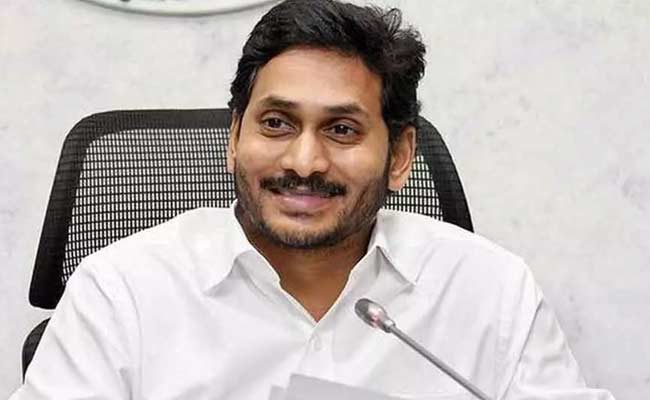 For the first time, 10.14 TMC of water was fully stored in the Chitravati Balancing Reservoir, officials said. Under the EAP, tenders are being called for the construction of 76 roads at a cost of Rs 184 crore for the development of rural roads, officials said. CM YS Jagan said that while working in all sectors, he directed the authorities to develop Pulivendula as a model town in a phased manner. (Read: CM Jagan‌ angry over false propaganda)

What else did CM Jagan say ..
“There is no delay in work. Work should start as soon as possible after doing Bhumi Puja (Foundation‌) anywhere. There should be no delay in any of the tasks. They must be completed within the allotted time. Also the quality of the work is nowhere to be compromised. Judicial preview for various works sanctioned under irrigation water should be completed expeditiously and tenders should be called for commencement of works, ”he said.

Modeltown Pulivendula:
” Construction of school by international standards, construction of city center, central boulevard, slaughter house. In addition to water supply in all layouts, sewerage works, the ring road should be developed more attractively. Whatever work is undertaken, must be sustained in the long run. Quality should be given the highest priority, ”he said.

Things that don’t bother people:
♦Approval for underground drainage (UGD) works at Vempalli at a cost of Rs.92 crore.
♦Do things step by step, without starting all at once, even when doing things.
♦If the pits are dug all at once, it will take a long time for them to be completed and the whole pits will be visible.
♦So start working near one .. Finish that work and then move on to another step.

Temples – Development:
♦Gandhi Kshetra Veeranjaneya Swamy Temple works worth Rs 21 crore.
♦In addition to the reconstruction of 24 temples, the construction of 26 new temples in the SC, ST and BC colonies.

More ..
♦Establishment of BC Gurukul School for Girls in Tondoor.
♦Construction of Farmers’ Bazaars at Pulivendula, Vempalli and Cricket Stadium at Pulivendula.
♦Inauguration of flood lighting system works at Cricket Stadium, Kadapa.
♦Development of Kadapa Railway Station and Rims Roads.
♦Development of 4 most important roads in the city in the first phase at a cost of Rs.217 crore.
♦Expansion of runway to make night landing at Kadapa Airport.
♦For that, 47 acres of land should be acquired and handed over to the Airport Authority.

Sprout Protection Wall:
♦10 km of protection wall in Buggavanka area and 7 km completed during the reign of Vyasa.
♦In addition to the construction of the remaining 3 km protection wall, an additional Rs. 50 crore has been sanctioned for roads and drainage system.