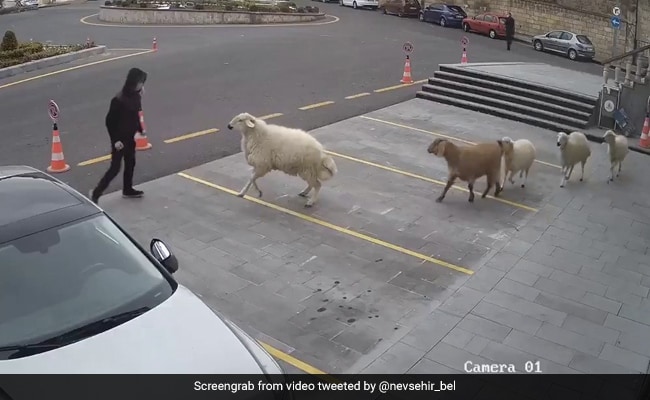 Farm animals gathered to scare locals in a Turkish city.

The residents of a city in central Turkey were terrorized by an aggressive gang who wreaked havoc on the streets. The members of this gang? A sheep, a goat and three lambs.

CCTV footage shared by the Nevsehir Township’s official Twitter handle shows farm animals working together to terrorize locals and bring charges at the city center town hall. “We have been taken hostage by a sheep, a goat and three lambs,” the Nevsehir community wrote on Twitter as they shared footage showing the animals chasing security guards and attacking pedestrians. The sheep was repeatedly filmed with its head to push people.

The unprovoked attacks forced several residents to flee from the aggressive animals, according to the Daily Sabah. Check out the following footage:

The CCTV footage has gone viral massively since it was posted on Twitter three days ago. It has been viewed over 2.7 million times on the microblogging platform and garnered thousands of amused responses.

“These street gangs are getting out of hand,” joked one Twitter user.

“You all laugh, you don’t know how scary these gangs are,” wrote another.

According to local news website NTV, the animals were rounded up and taken to a lost animal facility called Animal Town before being returned to their owner Hasan Unbulan. Mr Unbulan said the animals likely escaped after their barn was opened by the wind at night.

What do you think of the video Let us know in the comments section.