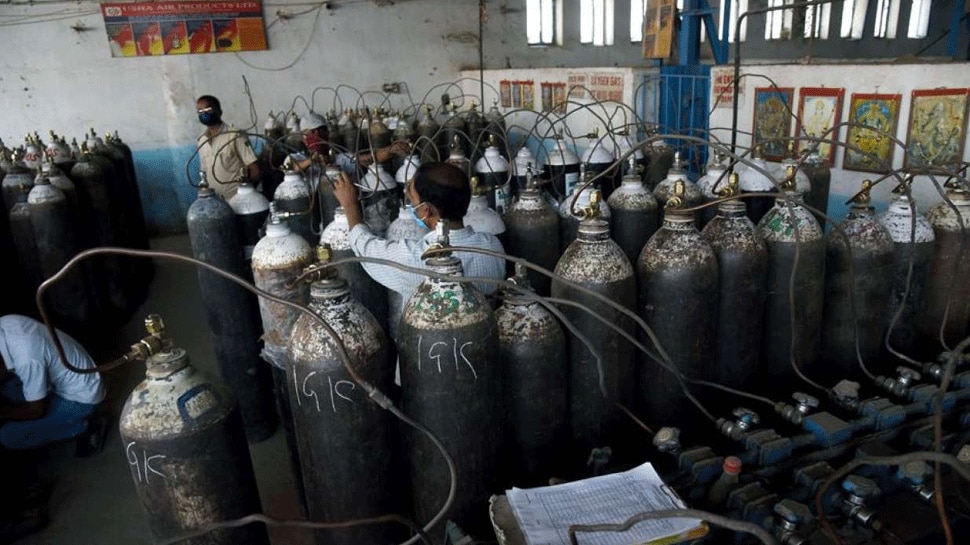 New Delhi: The Home Ministry has taken a big decision in view of the worsening situation in the country due to Coronavirus and the huge shortage of oxygen. The Home Ministry has banned the supply of oxygen for industries from today. This order was issued by the Ministry of Home Affairs so that oxygen is supplied smoothly throughout the country. After this decision, the industry will get the oxygen supply from the government.

According to the order, oxygen supply for industrial needs cannot be done from today. Except for 9 categories, there will be no restriction on oxygen supply plants, plants producing oxygen and vehicles carrying oxygen.

Also read- Supreme Court notice to the Central Government on the Corona epidemic, sought answers on these 4 issues

Let us know that hospitals all over the country are facing acute shortage of oxygen. The situation in Delhi is even more terrible. So far, many hospitals have approached the High Court regarding the supply of oxygen. On Thursday, a petition was filed before the bench of Saroj Super Specialty Hospital, Justice Vipin Sanghi and Justice Rekha Palli, dedicated to Kovid patients. Hearing on this is going on.

Earlier on Wednesday, the Delhi High Court had directed the central government to immediately stop the oxygen supply of industries. The court gave this order while hearing a petition filed for lack of oxygen in Max Hospital. The court said that the first right on oxygen belongs to the patients.

Also read- People started running away from the corpses with oxygen cylinders, read- How were the circumstances after the gas leaks

The court reprimanded the central government and said that how is it possible that the government becomes so oblivious to the ground reality? We cannot leave people to die. Yesterday we were told that you are trying to buy oxygen, what happened to that? It is a time of emergency. The government should tell the truth.