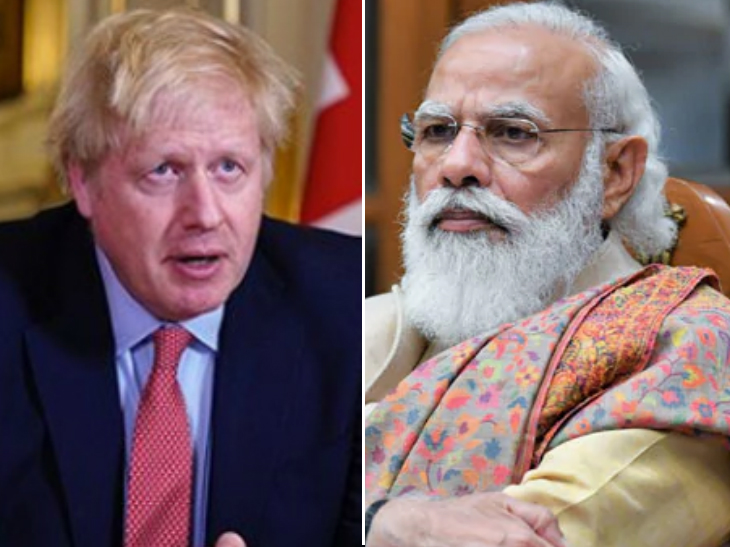 The UK will host the G-7 Summit next year. He has sent a call to Prime Minister Modi to join it.

British Prime Minister Boris Johnson will be the Chief Guest for this year’s Republic Day celebrations. He has accepted India’s invitation for this. British Foreign Minister Dominic Raab gave this information in the delegation level talks with Indian Foreign Minister S Jaishankar on Tuesday.

He said that I am happy that PM Johnson was sent an invitation from India to attend the Republic Day celebrations. They have confessed it. It is a great honor for us. At the same time, PM Boris Johnson has invited Prime Minister Narendra Modi to attend the G-7 Summit to be hosted in Britain next year.

Foreign Minister of Britain has come on a four-day tour

The UK and India are reinforcing our partnership as a force for good in a changing world.

Today @DrSJaishankar and I agreed to work together to deliver an Enhanced Trade Partnership to unlock the huge potential for British and Indian businesses and jobs. pic.twitter.com/4WF3IBIRbf

Dominic Raab arrived in India on a four-day tour on Monday. Foreign Ministry spokesman Anurag Shrivastava said on social media that on Tuesday, Foreign Minister S Jaishankar welcomed the UK Foreign Minister. The agenda of the two is to discuss regional and international issues.

During his visit to India, Dominic Raab will also meet Environment Minister Prakash Javadekar and Education Minister Ramesh Pokhriyal. About the visit, the Foreign Ministry said that during Corona and Brexit, Dominic Raab’s visit would pave the way for partnerships in the fields of business, defense, climate, migration, education and health.

Talks on terrorism and fundamentalism

After the meeting, S. Jaishankar said that Dominic Raab has come to India at a very important time. We are looking at the world after Corona and Brexit. This is the best time to discuss these issues. During the meeting, the two countries reviewed the development of Gulf and Indo Pacific Region in addition to the situation in Afghanistan.

He said that India has a vision for the Indo-Pacific area. It is good that now the idea of ​​Indo-Pacific is growing. The meeting also discussed the challenges emerging from terrorism and radicalism. These are the common concerns of the two countries.

Raab said that the meeting focused on how to elevate the relationship between India and the UK. We have given more attention to 5 subjects. These include Connecting People, Trade and Prosperity, Defense and Security, Climate Change and Health.

He said that we are looking forward to the G-7 meeting to be chaired by the UK in 2021 and the UN Climate Change Conference. He said that Britain welcomes India’s return to the UN Security Council. Britain wants to deepen economic relations with India.

India not a member of G7 group

Canada, France, Germany, Italy, Japan, Britain and the United States are among the G-7 group of seven largest economy countries in the world. India is not a member of it.