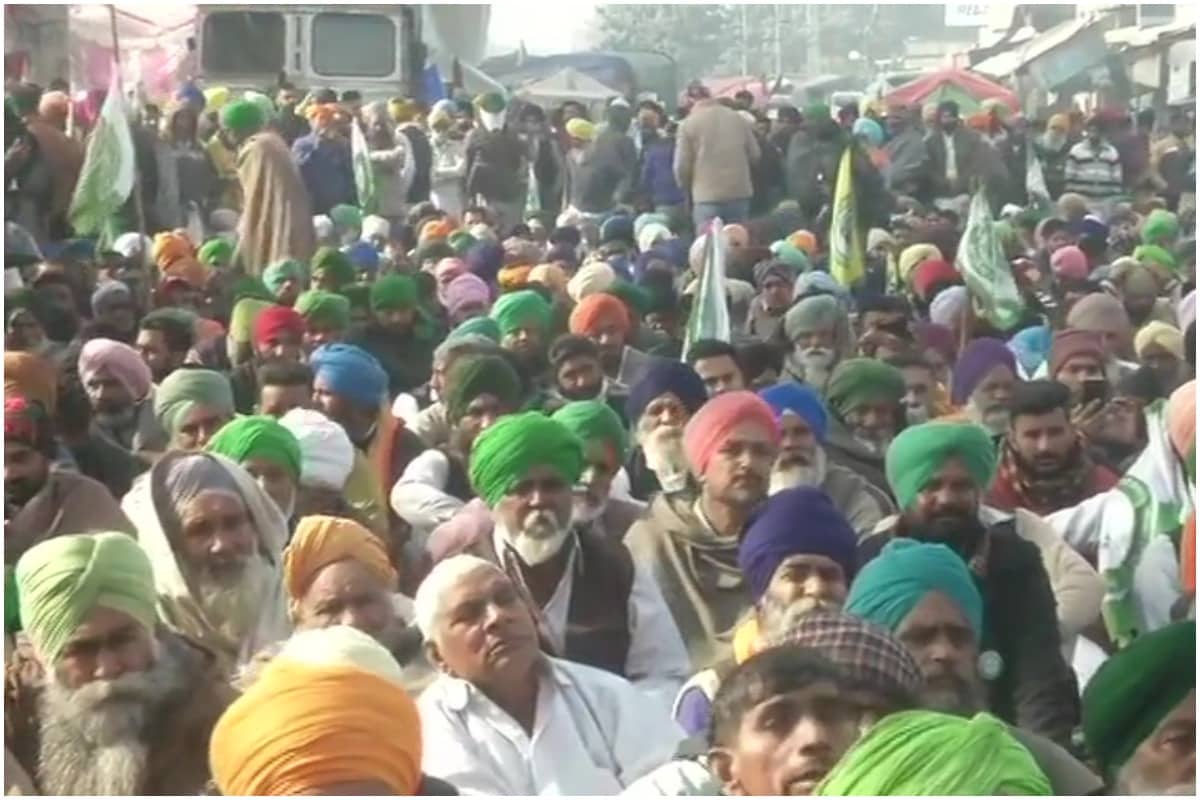 The Supreme Court says that protesting is the right of the farmers but the way should not be stopped in this. (Photo- ANI)

Kisan Andolan: Farmers’ Protest continues in protest against the three agricultural laws of the central government. Meanwhile, the frozen farmers of Delhi’s Tikari border (Haryana-Delhi border) have to say that they are ready to negotiate with the government, but the protest will continue.

new Delhi. Demonstration of farmers has been going on for several days in protest against the three agricultural laws passed by the central government. Although several rounds of talks have been held between the farmers’ organizations and the central government, but no solution has been found so far. Meanwhile, farmers protesting against Delhi’s Tikari border (Haryana-Delhi border) say that they are ready to negotiate with the government, but will not leave the protest.

Meanwhile, a farmer protesting against the Tikari border (Haryana-Delhi border) said that we are ready for another round of talks. The central government is now taking help of the Supreme Court, so that their ego does not get hurt. Also said that table conversations should be telecast live.

“We’re ready for more rounds of talks. Govt is taking SC’s help now so their ego is not hurt. Table talks should be shown live,” says a farmer pic.twitter.com/ZUoDpzkut0– ANI (@ANI) December 17, 2020

Let me tell you that a petition was heard in the Supreme Court on Thursday on the petition to remove the protest of farmers against the three agricultural laws. Chief Justice of India S. a. Bobde, Justice A. s. During the hearing, a bench of Bopanna and Justice Ramasubramanian said that we will not take any decision on the validity of the laws today, we will only decide on the right to protest and the right to free movement anywhere in the country. With this, the bench said that if the farmers and the government hold talks, then the purpose of the protest can be fulfilled and we want to arrange it. The court said that we justify the right of farmers to protest, but the protest should be non-violent. The court said that we are considering the formation of a fair and independent panel of agricultural experts and farmer unions to resolve the impasse on agricultural laws.