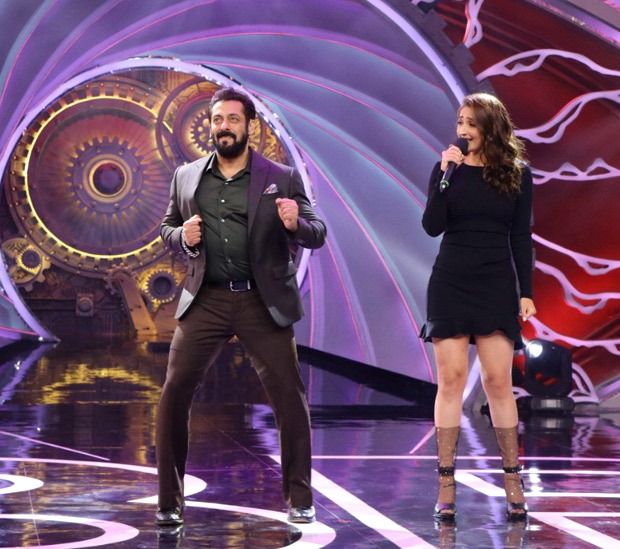 It’s Ka Vaar weekend already on Bigg Boss 14 when Salman Khan arrives to announce eliminations and speak to roommates. This weekend Dhvani Bhanushali will arrive as a guest. The starlet shone again as Bollywood superstar Salman Khan danced to her latest release “Nayan” and the couple had a great time together.

The singer was on the set of the popular reality show Bigg Boss promoting her single, and as she played, even Salman couldn’t help but start grooving. We can see the duo having a gala time together in photos shared on social media.

“Nayan” by Dhvani Bhanushali and Jubin Nautiyal, which were released just a few weeks ago, have already exceeded a whopping 52 million views on YouTube and are counting!

ALSO READ: Bigg Boss 14: Salman Khan Calls Out Arshi Khan’s Behavior Towards Vikas Gupta; says no one has the right to go over someone’s mother or father