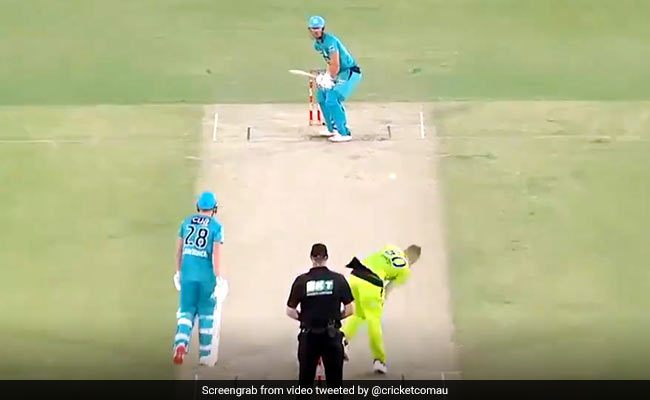 Lin hit such a long six, on seeing the bowler made such a face – see video

BBL 2020 BH Vs ST: The Big Bash League was played between Brisbane Heat and Sydney Thunder in the Big Bash League, where captain Chris Lynn played a blistering knock. He played a brilliant innings of 69 off 44 balls. Chris Lynn hit 5 sixes in this innings. The most special was the big six off the ball of Daniel Sams, whose video is becoming viral viral. On seeing the six, bowler Daniel Sams was also surprised. He made a strange face upon seeing the sixes.

Brisbane Heat had scored 89 runs in 11 overs losing 2 wickets. Big shots were needed to score big. Daniel Symes came down to bowl for Sydney. Chris Lynn smashed a six towards the leg on Sam’s ball. The six was so long that even the bowler Samms was surprised to see it.

Daniel Sams’ reaction to this Chris Lynn six is all of us # BBL10pic.twitter.com/RLBaBkyRlo

The Brisbane Heat won the toss and decided to bat first, which proved to be right. Brisbane scored 178 runs losing 6 wickets in 20 overs. Captain Chris Lynn scored the highest 69 runs.

In the end, Jack Wildermuth played a brilliant innings of 31 off 11 balls. With which Brisbane managed to score 178 runs. Jonathan Cook and Daniel Samms got 2-2 wickets from Sydney.