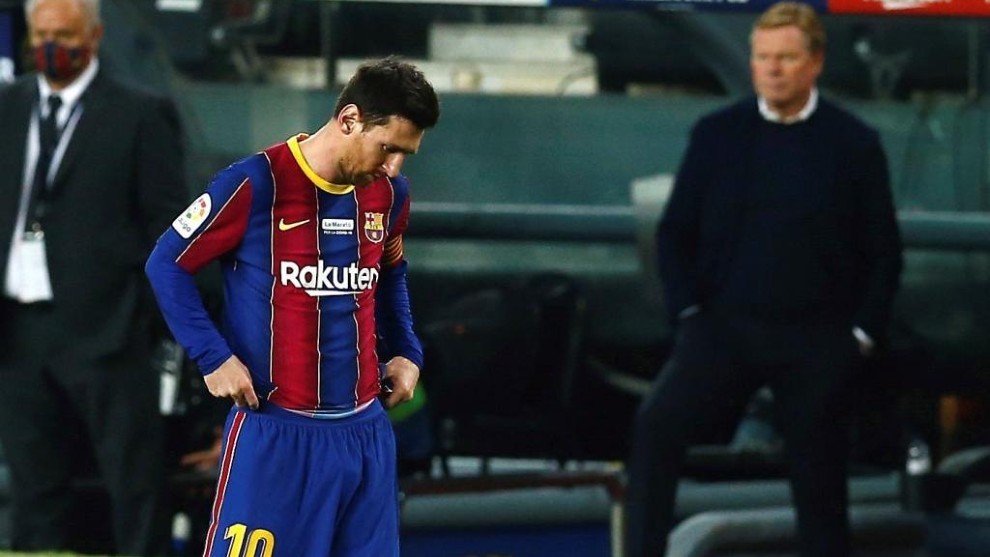 Valencia managed to put an end to it BarcelonaThe winning streak on home soil in LaLiga Santander on Saturday is another setback for the Catalans looking to return to the title race.

After Atletico Madrid’s victory over Elche Barcelona are now eight points away Los Rojiblancoswho played one game less. Now, Ronald KoemanThe team have two more games – against Real Valladolid on Tuesday and against Eibar on December 29 – to ensure they end the year on a high note.

The Blaugrana are so unpredictable that many will wonder if fans will see another decent performance in Tuesday’s game, like they did against Real Sociedad, or some other unconvincing performance like the one against Los Che at Camp Nou on Saturday .

One number that highlights the team’s lack of focus on the field is the six goals they have already conceded from dead balls this season.

“We made some mistakes in defense that shouldn’t be made but we have to work and it’s a shame because we had chances and the ball didn’t go in.” Ronald Araujo said after the draw with Valencia.

“If we had scored more goals we would have been calmer. The team is good, dynamic and we hope that we can continue to win and add.” [points]. “

With his miss against Valencia, Lionel Messi failed to convert from the job for the 13th time in his LaLiga Santander career.

Just Hugo Sanchez has failed due to a penalty (15) while Messi now has the same number of penalties in the Spanish top division as Cristiano Ronaldo.

The current Juventus forward scored 61 and missed 11 at Real Madrid Messi scored 59 goals and missed 13, including the one against Valencia.