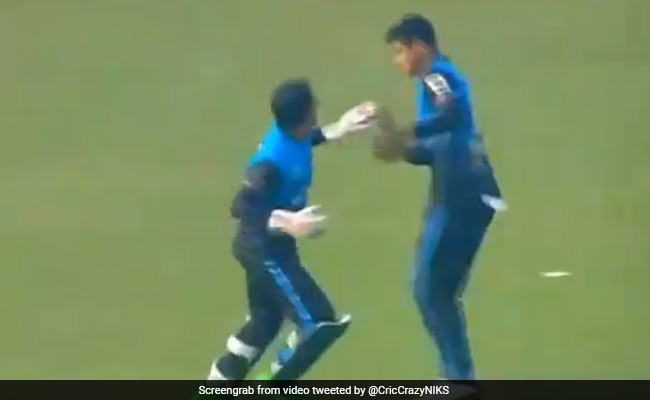 Bangabandhu T20 Cup is being played in Bangladesh. After 20 tough matches, the top four teams out of five made it to the playoffs. On Monday, an Eliminator match was played between Bemsco Dhaka and Beximco Dhaka Vs Fortune Barishal. Dhaka, led by Mushfiqur Rahim, defeated Barisal by 9 runs. But more than the victory, captain Mushfiqur Rahim was more talked about. During the match, he tried to raise his hand on his fellow player Nasum Ahmed. Video is becoming increasingly viral on social media.

The incident took place in the 17th over of the second innings when the game was at an exciting turn. Barisal needed 45 runs off 19 balls with five wickets in hand. Afif Hussain was batting brilliantly. Went 17th over. Afif, who was batting on his ball for 55, tried to play the shot backwards, but the ball could not go far. Wicket-keeper Rahim went running and caught the catch. At that time Nasum Ahmed also ran for a catch. But Rahim had caught the catch. There could have been a fight between the two. Holding the catch, Rahim angrily tried to kill Nasum. The matter was heated and the rest of the players intervened.

Calm down, Rahim. Literally. What a chotu

After the incident, Mushfiqur Rahim started trending on Twitter. People criticized Rahim a lot. Where they should have supported the young players. At the same time, he was seen raising his hands during the match. Talking about the match, Fortune Barisal won the toss and decided to bowl first.