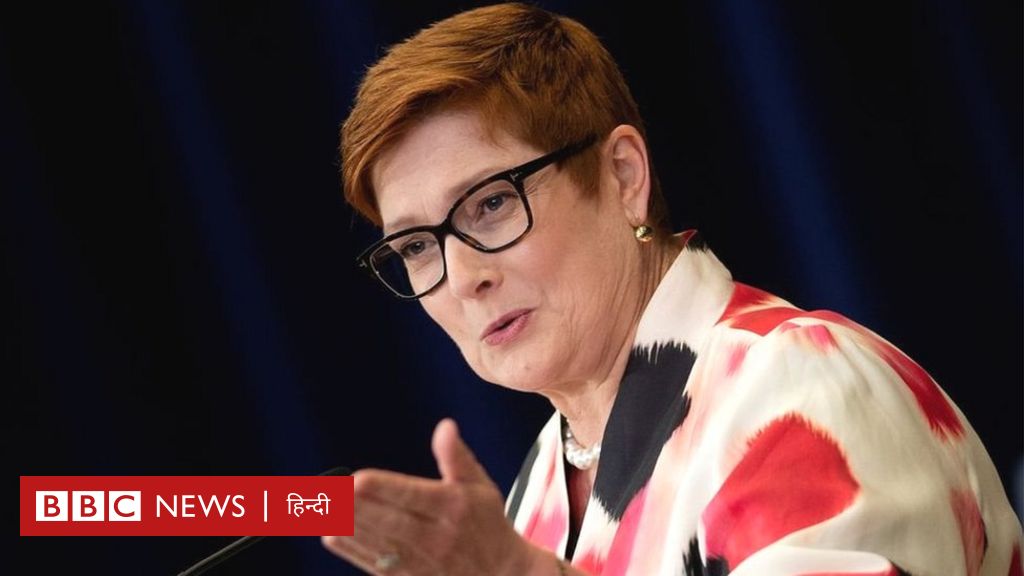 Australia has canceled two agreements with China related to its ambitious ‘Belt and Road’ project.

On Wednesday, Australian Foreign Minister Merais Paine announced the cancellation of four agreements with China, but there is considerable discussion of two agreements in the Belt and Road project.

Interestingly, these two agreements, rather than Australia, were signed by Victoria Province with China in 2018 and 2019.

The federal government of Australia was given a veto power in December that it could revoke the decision taken by a province or university.

Reason for canceling the agreement

Foreign Minister Penn has issued a statement, in which it explains the reason for foreign policy.

He said, “I consider these four agreements to be contrary to Australia’s foreign policy or our foreign relations.”

On Thursday, Foreign Minister Penn once again clarified the decision, saying that this decision has been taken to ensure stability in foreign relations, it is not targeted at any country.

Penn said on ABC Radio’s AM program that he had received news from various provinces about agreements with several foreign governments and that he had veto power for this under the new policy.

He said, “The plan is particularly focused on Australia’s national interest. It is to ensure the stability of our foreign relations across Australia, rather than specifically targeting any country.”

He said that Australia is committed to relations with China and ‘we request the government of every place in the world to respect the authority that takes the decision of our government’.

Even before this decision went public on Wednesday, China expressed its objection to it.

The Chinese embassy in Australia described it as ‘another unfair and provocative step taken by the Australian side against China’.

“It shows that the Australian government is showing no sincerity in improving China-Australia relations,” the Chinese embassy said in its statement.

The Chinese embassy said that Australia’s new move would hurt bilateral relations further and would only end by hurting itself.

When did Australia-China relationship deteriorate

The relationship between the two countries is still strained and it began in 2018 when Australia banned Chinese tech company Khwwe for a 5G network.

Australia was the first country to impose such a ban, after which many western countries also took such a decision.

The relationship then became more strained when Australia asked the world community to independently investigate China for the corona virus epidemic.

After this, China took strict steps against Australia and imposed several economic restrictions on its exports of wine and coal.

Why did Australia not settle for itself

China had sought a national agreement with Australia for the ‘One Belt One Road’ project, but current Prime Minister Scott Morrison and former Prime Minister Malcolm Turnbull had not agreed to it.

But Victoria’s Labor State Premier Dan Andrew signed an agreement with China’s National Development and Reform Commission in 2018 and 2019.

The head of the Victoria province argued that it would bring Chinese investment into his province.

Some countries fear that the Belt and Road project may incur unsustainable debt on developing countries and include the Pacific Islands region.

What is ‘One Belt One Road’

The Belt and Road Initiative or ‘One Belt, One Road’ (OBOR) is China’s ambitious project.

China calls this huge project the modern incarnation of the historical ‘Silk Route’.

The Silk Route was the route in the Middle Ages that connected China with the rest of Europe and the rest of Asia. Through this, the business of all countries was done.

Chinese President Xi Jinping talks about the progress of the whole world from this plan.

But many experts say that with this belt and road initiative, China wants to fulfill its dream of becoming a superpower. India is also opposing it.

If China managed to lay a rail-road network under its plan, it would make it much easier for him to do business with the rest of the world.

On the other hand, experts of many countries, including India, describe it as a deep conspiracy of China.

They say that China is actually expanding its ambitions under the guise of the modern Silk Route. He wants to make all countries his economic slaves in the modern era on the lines of Western countries.