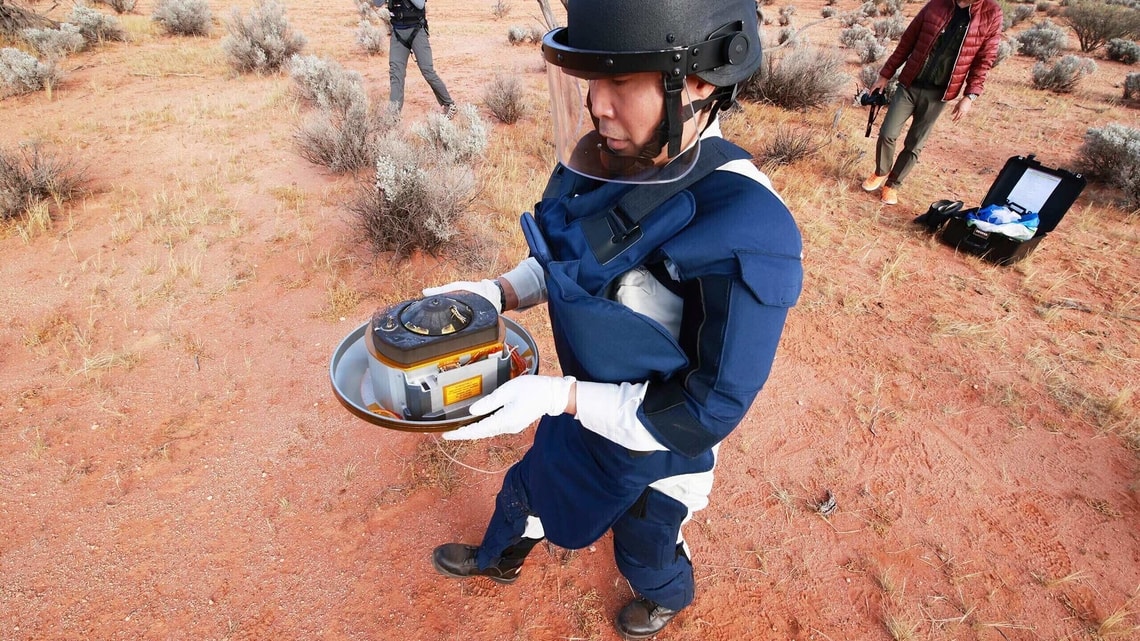 Scientists in Japan said they were “speechless” on December 15 when they saw how much asteroid dust was in a capsule taken from the Hayabusa-2 Space probe on an unprecedented mission.

Last year, the Japanese probe collected surface dust and pristine material from the asteroid Ryugu, some 300 million kilometers away, in two daring phases of its six-year mission.

This month it dropped a capsule containing the samples, which created a ball of fire when it entered Earth’s atmosphere, and landed in the Australian desert before being shipped to Japan.

Scientists from the Japanese space agency JAXA removed the screws on the inner container of the capsule on Tuesday after they had already found a small amount of asteroid dust in the outer shell AFP Report said.

“When we actually opened it, I was speechless. It was more than we expected and there was so much that I was really impressed,” said JAXA scientist Hirotaka Sawada. “They weren’t fine particles like powder, but there were many samples several millimeters in diameter.”

Scientists hope that the material will shed light on the formation of the universe and perhaps provide clues as to how life began on earth. They have not yet figured out whether the material inside is equal to, or perhaps even greater than, the 0.1 gram they were hoping to discover.

Seiichiro Watanabe, a Hayabusa The project scientist and professor at Nagoya University said he was still excited. “There are many (of samples) and it seems that they contain a lot of organic material,” he said. “I hope we can find out a lot of things about how organic matter evolved in Ryugu’s parent body.”

The half of Hayabusa-2The samples are shared between JAXA, the US space agency Nasa and other international organizations. The rest is saved for future study as advances in analytical technology are made. Work on the probe, which is now launching an expanded mission for two new asteroids, is not yet complete.

Earlier this year in October, NASA OSIRIS-REx The spacecraft had also successfully collected samples from the asteroid Bennu, which is more than 200 million kilometers from Earth. The spaceship, which was launched in September 2016, picked up dust and stones from a sample location on Bennu called Nightingale. They are expected to return to Earth by 2023, after beginning their return journey in March 2021, when Bennu and Earth are properly aligned in their orbits.

In addition to providing more information on how the solar system was formed, Bennu’s samples will be of vital importance in better understanding asteroids that could affect Earth in the future. Bennu is a potentially dangerous asteroid that could one day threaten the planet, according to NASA.