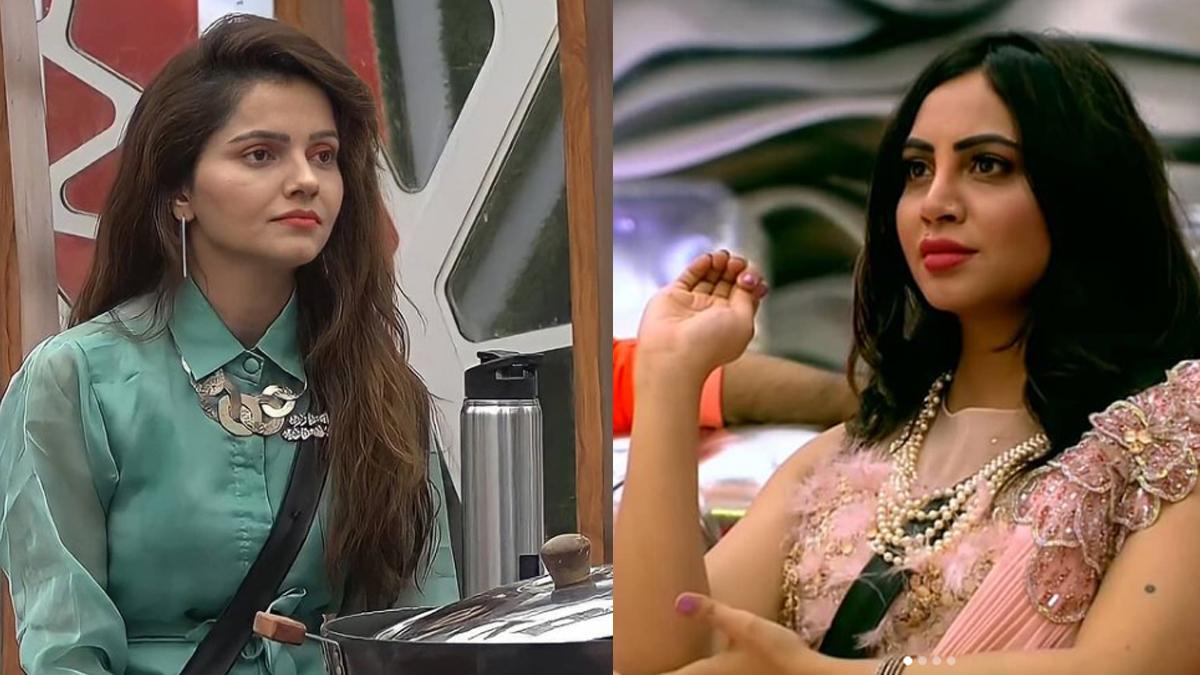 So far in Bigg Boss 14, the contestants were confused about their own issues, but maybe new issues will be seen this week. The channel has shared a promo for the next task of the show, in which Rubina Dilac, Kashmeera Shah and Arshi Khan are seen fighting with each other regarding the captivity task.

In the promo, it can be seen that in this captivity task, Kashmiri Shah, Arshi Khan and Rakhi Sawant talk about playing a team against Nikki Tamboli. They all say that they will not allow Nikki to become a captain. Nikki also advises Rubina that the three of them will not let her play. The task begins and Kashmiri, Rakhi and Arshi surround the three Nikkis. They do not allow Nikki to complete the task. The task keeps on running, meanwhile, Rubina, who became the taskmaster, comes to the rescue.

Kashmiri says that play your game, this is not the rule. Rubina also says that you have broken the rules first. You were busy encircling it, whereas you had to collect only food according to the task. The Kashmiri says the operators are doing favors. Arshi also flashes on Rubina and says that Nikki first removed her duck suit. Taking this, Rubina takes the side of Nikki and says that she did it because you guys started to surround her.

The matter goes ahead and Arshi tells Rubina that you don’t teach me what to do. On this Rubina says- You learn because you need to. Arshi further says – dirty woman, cheap operator. Answers also come from Rubina and she says that she does not know how to play the game.

While fights were seen in the game, Rakhi Sawant’s entertainment is also fun. Rakhi, wearing a duck suit, asks the Big Boss to have a kilo brain. She says I am looking duck or ostrich. At present, this promo of the task is telling that the battle has started in the house between the contestants. Who will lose in this task and who becomes the captain, it will be known in the upcoming episode.