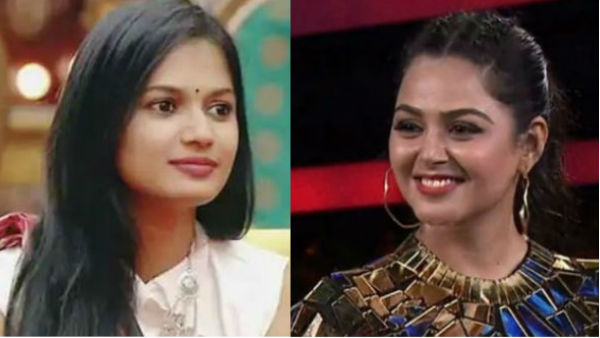 Monal experienced a variety of emotions during her 14-week journey on the Big Boss. Monal is fed up with the occasional altercation and arguments, especially with Ariana. Some sort of conflict continued until the end. She was also seen targeting Ariana while leaving the house.

Why not win those tasks

About Ariana once again became Monal Fire. He claims that the tasks play great. She failed to win the Ticket to Final Task, the Eviction Free Task. Except for the Humans vs. Monsters task .. Is there any other task that is greatly performed? Monal poses with satires.

Ariana only looks bold on the outside. She is a self-centered person. Get up early for the morning song and put on makeup and get ready. Monal leaked a secret saying she would fall asleep again after dancing to the song.

Considering the contestants who qualify for the title in the Big Boss house .. Ariana will be in last place. She does not deserve to win the title. Tortures everyone in the name of tasks. There was no monolithic fire on Ariana, saying there were no records of her playing great beyond that.

Meanwhile, the Bigg Boss Telugu 4 final will be held on Sunday, December 20. Abhijit, Ariana, Sohail Syed, Akhil and Dettadi Harika are vying for the title. With the start of the voting lines, there is already a huge, competitive turnout.