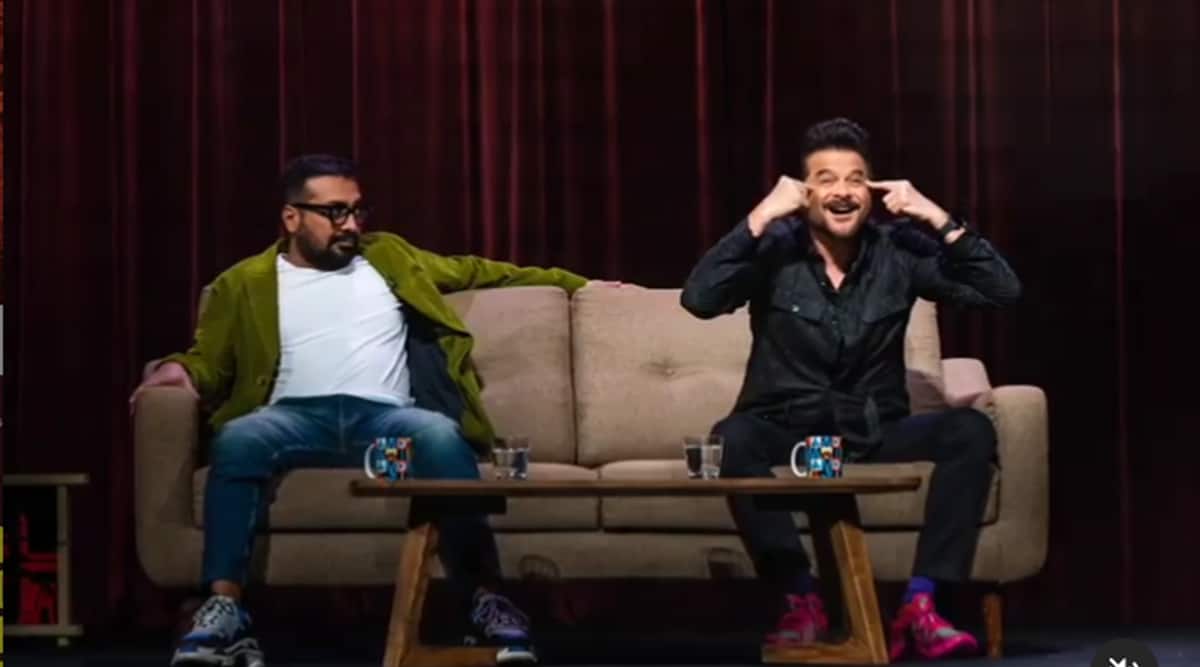 Veteran actor Anil Kapoor and famous filmmaker Anurag Kashyap say they left their tense history of unfulfilled projects to come together for the Netflix movie AK vs AK.

Before becoming widespread with films like Dev D, Gangs of Wasseypur, and the recent Netflix series Sacred Games, Kashyap wanted to make two films with Kapoor, the eclectic and commercially successful star of Hindi cinema – Allwyn Kallicharan and Grant Hotel.

Both projects could not be realized due to factors beyond her control, but it complicated her personal equation when Kashyap admitted to blaming Kapoor for the films that were not made.

“If you don’t understand what’s going on in the industry and behind the scenes, you need time to get over it. There was two to three years I thought about it and I accused him of “my film wasn’t made because of him”. They say such things and they feel that way, ”Kashyap told PTI in a Zoom interview.

The 48-year-old director said his views changed after becoming a producer himself and realized how stressful it was to give the go-ahead for a project.

“At first it’s like, ‘I have an idea and it’s great, so someone has to make a movie of it and people have to believe in it. ‘But that’s not how it works. There are many other factors that happen, ”added the filmmaker, who has endorsed films like Shahid, Udta Punjab and The Lunchbox.

Kapoor said he always believed in Kashyap’s talent and it was he who reached out to the director about a collaboration.

“I met him when he was starting his first film (the unreleased Paanch). I saw the first cut of his film and loved his work. I think there is a wrong impression somewhere that he followed me to make his film. But that’s not true. I asked him to make a film. “

The 63-year-old actor said he could understand what Kashyap must have felt when the films were discontinued, having suffered such setbacks even in his early days in the industry.

“I’ve been through that many times and I know the feeling when you say, ‘Because of this person, the film doesn’t happen. ‘It could be a director, producer, actor, or someone else. You’re going through these kinds of feelings and I could understand what he was going through. “

Kapoor said he never spoke about the friction between them as he was sure that Kashyap would “get around like I’ve done in my career in the past”.

This story between the two stars is sure to find a mention in Vikramaditya Motwane’s AK versus AK, in which Kashyap competes against Kapoor in a battle of the egos.

“We didn’t team up as a director and an actor, but as two actors, two sides of the same coin with a film called AK vs AK. And nothing can be better than Vikram guiding us both. I think it’s better late than never, ”said Kapoor.

The film, which will be streamed on Netflix starting December 24th, follows Kashyap, the audacious film director who kidnaps the daughter of popular film star Kapoor, Sonam Kapoor Ahuja, and films his search for her in real time for her to be his next blockbuster present.

The director and actor constantly mock and criticize each other throughout the film. They also had a fake showdown when they presented the film’s trailer at a press conference earlier this month.

Kashyap insisted he was fine with on-screen criticism from Kapoor as he got used to it due to the incessant trolling he was subjected to on social media over the years.

“I felt comfortable a long time ago because I had a lot of trolling and criticism for the types of films I make. So I’m pretty used to it. These days I get very emotional when someone praises my work. I’m going to be a character from a Sooraj Barjatya movie, ”he joked.

Kapoor mentioned that he was not “mistaken” about his fame and credited his family for keeping him down.

“I am very fortunate in this area of ​​my life where I know I am not delusional. I’ve tried my best to be this real and if not me it’s my family, wife and children who have kept me completely normal. Sometimes people say, “You should act a bit like a star.”

Roasting each other while filming was fun for both of them as they could be “exaggerated” versions of themselves.

“We enjoyed talking badly about each other. We said, “You say that about me and then I’ll say something else about you.” It was kind of one Jugalbandi (Duet) where we’ve tried to say things that people might think are the truth, but that’s not the case. We only played the exaggerated versions of Anil Kapoor and Anurag Kashyap, ”said Kapoor.