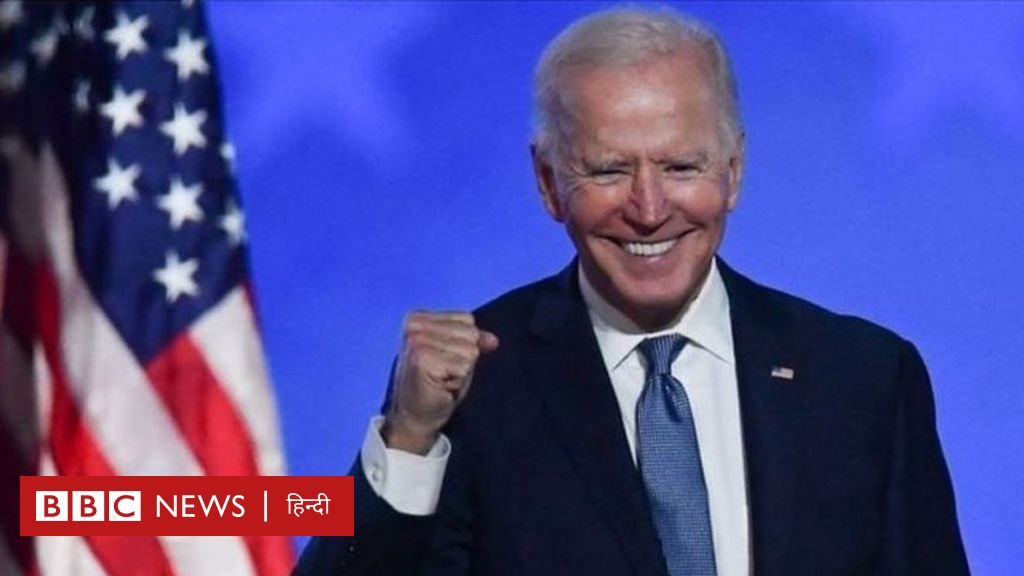 Joe Biden’s victory was already clear, but it was the last step to take over as president, which has now been completed.

After this, Biden is to be sworn in on 20 January.

However, it is still unlikely that Donald Trump will accept his defeat.

After the results of the Electoral College, Joe Biden pointed to question Trump’s election results without any evidence that ordinary people of the country refused to bow down to Dadagiri.

Biden said, “The flame of democracy had already ignited in this country, and we know that no epidemic, nor misuse of one’s power can ever extinguish this lightness.”

In the US elections, voters vote their electors and electors vote for the presidential candidate a few weeks later.

However, the results were not accepted by President Donald Trump even after Joe Biden won the Electoral College. He alleged that there was a disturbance in the postal ballot.

Normally, after voting in the Electoral College, the voting of the electors is not given much importance because the result is already clear.

But this time, due to the objections of Donald Trump and challenging the results of this election in the court, the voting of the electors was also noticed.

California, considered a supporter of the Democrat Party, was among the last states to vote.

After California’s 55 electors voted on Monday, Joe Biden surpassed the required 270 votes for a majority.

Security was increased in several states, including Michigan and Georgia, in view of electoral college voting. The voting took place in the state capital and Washington.

Joe Biden won in a thorn-laden Michigan. Tight security arrangements were made in view of the possibility of violence here.

Nevertheless, a group of Republicans tried to forcefully enter the building to cast their votes during the vote but were sent back.

Governor Grachen Vitamer said, “People have said that these were a safe and fair election. Now the results have been confirmed.

Who are the electors

Apart from the presidential candidate, every political party selects or nominates its electors months before the election day.

The party that wins the popular vote of the state appoints the electors for that state.

The most popular electors this time included former President Bill Clinton and Democrat candidate Hillary Clinton in the 2016 presidential election. He was elected from New York.

The number of electoral votes is determined by the size of the state’s population.

Normally, the electors vote for the candidate of their own party, but this did not happen in 2016 and to prevent this, the states later made some changes in the rules.

Experts say that Biden’s victory has now been decided that cannot be changed.

The voting results will be sent to Washington and will be officially counted on January 6 in a joint session of Congress.

It will be chaired by Vice President Mike Pence.

After this, the path will be opened for Joe Biden’s oath of office on January 20.

Last month, President Trump said that if Biden confirms his victory in the Electoral College, he will step down from office.

What will donald trump do

The election of the President in the meeting of the Electoral College is a process which has already lost its strength and relevance.

However, Donald Trump’s allegations also made this process important.

Donald Trump’s team of law experts had little success in challenging the results of the presidential election. But, now the official confirmation of Joe Biden’s victory has made everything clear.

However, this does not mean that Donald Trump’s team will give up. She is pursuing an alternative electoral college with an alternative set of votes that would declare the president the real winner. They will continue to take fruitful legal actions and will demand the Congress to reverse the election results.

Donald Trump’s supporters will like this alternative truth more than the truth of Biden’s victory, in which those who are challenging him by not considering Biden as the winner.

However, with the majority of Democrats in the House of Representatives, which officially confirmed Biden’s victory and his legal standing, Donald Trump’s chances of success in the real world are zero.