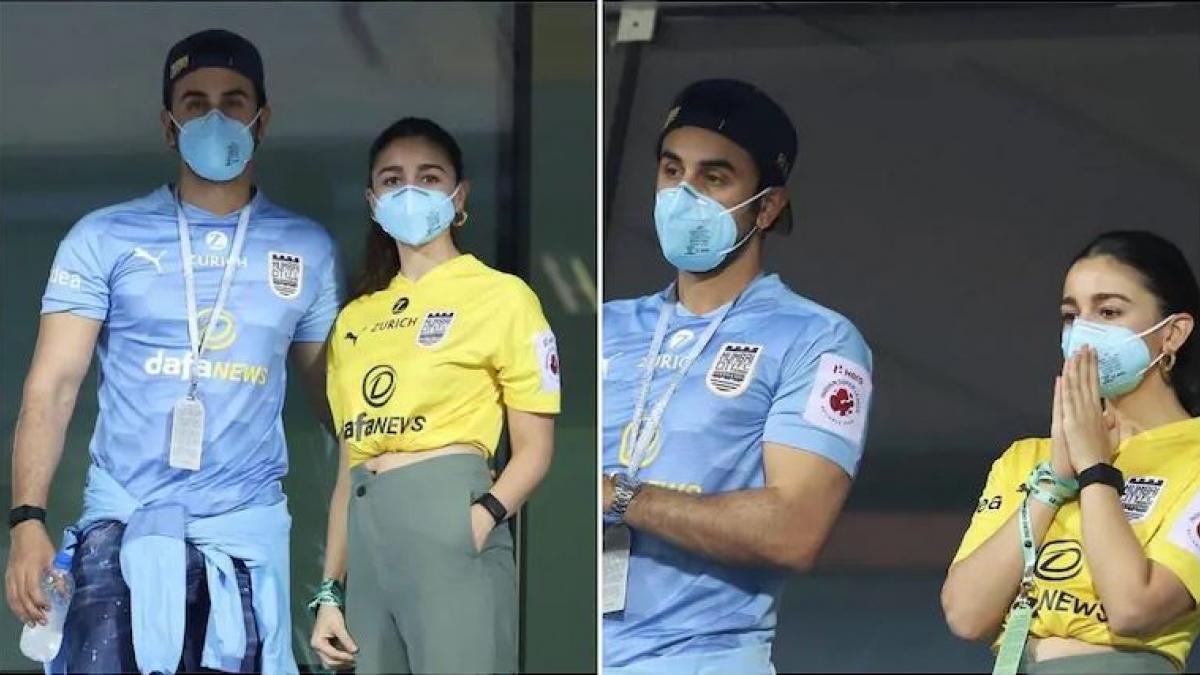 Bollywood actors Ranbir Kapoor and Alia Bhatt reached Goa on Monday. Here both of them enjoyed the football match organized between Mumbai City FC and Jamshedpur FC. In this match of Indian Super League 2020-2021, both were seen supporting their team. Alia Bhatt also shared one of her selfies from this event on Insta Story, in which she was seen supporting Mumbai.

It is known that Alia-Ranbir left for Goa on Monday from Mumbai Airport. He was seen supporting Mumbai from the stands wearing a team jersey. Alia Ranbir’s pictures from this event are becoming viral on social media. The official page of Mumbai City FC has also shared pictures of Alia Bhatt and Ranbir Kapoor and wrote in the caption, “A special presence for TheIslanders by traveling all the way from Mumbai.”

Let us know that the news of Alia Bhatt and Ranbir Kapoor’s close friends had become quite viral and it was believed that in the year 2020, both will be tied in marriage. The closeness between the families of both also increased considerably. It was seen many times that when Alia Bhatt appeared with family in Ranbir’s family events. However, the year 2020 proved bad for the Kapoor family as Rishi Kapoor died this year after a long illness.

During Rishi Kapoor’s illness, Alia Bhatt went to meet him several times in New York where Rishi was undergoing treatment. Talking about the work front, Alia Bhatt and Ranbir Kapoor will soon be seen working together in the film Brahmastra. It will be a triology film directed by Ayan Mukherjee. Amitabh Bachchan will also be seen playing an important role in the film. Although the looks of any character from the film have not yet been released.