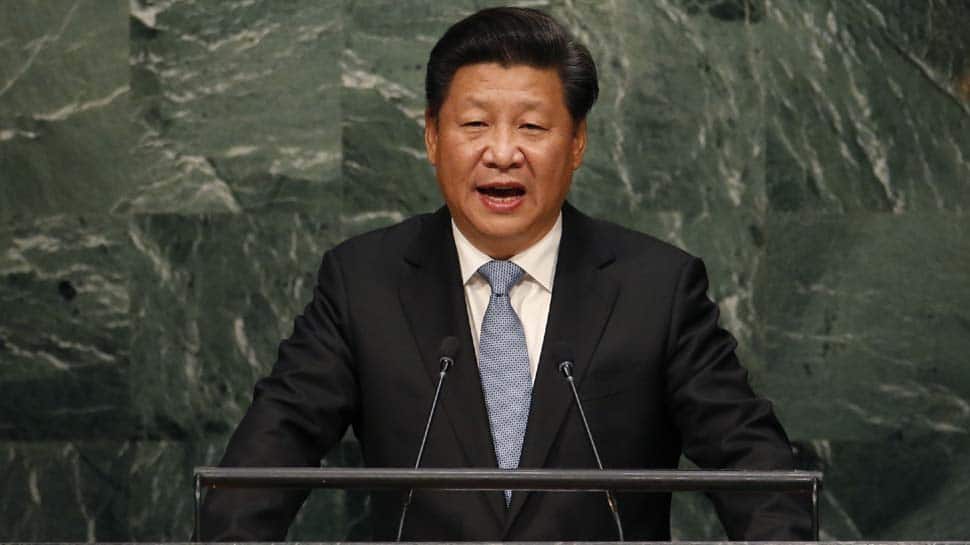 Relations between the two countries worsened when a Chinese government spokesman tweeted a doctor’s picture of an Australian soldier holding a knife to the throat of an Afghan child. The tweet was accompanied by the headline that Australia should be ashamed of the alleged actions of its soldiers.

The Chinese government did not give in, however, and continued to criticize Australia for allegedly treating “goodwill with evil”. Such a series of to-and-fro movements has been described by the Chinese media as the lowest point in the relationship between the two countries.

Australian lawmakers have long been concerned about China’s aggressive foreign policy and its rapid military modernization. Those fears came to a head in 2017 when Australia banned foreign political donations after receiving troubling reports of Chinese attempts to influence and disrupt the political process in Australia.

Following that incident, Australia also became the first country to prohibit Chinese tech giant Huawei from installing its 5G network in the country after it was discovered that the tech giant had installed back doors on the network that allowed the company and the Chinese government to access staff access and private user data.

Huawei’s ban was followed by the suspension of at least ten suspicious Chinese investment deals in multiple sectors of Australia. Recently the Australian government asked for an independent investigation into the origins of the Covid-19 virus, which first appeared in Wuhan.

China has responded to Australia’s measures and tried to use its economic might to force Australia to withdraw. China has curbed Australian beef imports and barely imposed high tariffs on Australians. Even Australian wine has been badly hit by Chinese tariffs, and the Chinese government is expected to block further imports of sugar, lobster, coal and copper.

In this ongoing dispute between Australia and China, the Chinese government has tried desperately to modify the narrative to its advantage. China covertly controls several popular Chinese-language media sources in Australia, according to a report by the Sydney Morning Herald. The report added that the federal government had received evidence from the Australian intelligence service that control over Chinese media sources was part of China’s interference and influence to advance China’s strategic interests.

The briefings to the Australian federal government also highlighted that several WeChat news sites in Australia were controlled, censored and even operated directly by the CCP. After Chinese spokesman Zhao Lijian tweeted the treated image, Australian Prime Minister Scott Morrison even went to WeChat to criticize the tweet as a false image and praise the Chinese community in Australia. However, according to a Reuters report, the Australian Prime Minister’s message on WeChat was blocked in China.

Chinese attempts to shift the blame and adapt the narratives to their own political agenda are not new. Beijing has also spent months trying to change the narrative about the origins of the COVID-19 pandemic and the Chinese government’s abusive and deliberate attempts to hide critical information about it that led to the virus spreading around the world.

Reportedly, on December 2, the United States stated that the special session of the United Nations General Assembly organized on December 3 on the COVID-19 outbreak was just a stage for China to sell its propaganda and blame to steer away from yourself. The US added that the special session was “pre-fabricated” for China’s purposes. The fact that questions will be curtailed at the UN during this session gives credence to US allegations that the session is merely intended to disseminate Chinese propaganda.

One of the most widely used rhetorical tools in China is to deflect any criticism or guilt by accusing your opponents of having a “Cold War mindset”. When the Chinese telecommunications giant Huawei came under fire, Chinese officials proclaimed it a victim of “high-tech McCarthyism” (McCarthyism is another term for the Cold War mindset).

Liu Xiaoming, the Chinese ambassador to the United Kingdom, described America’s freedom of navigation in the South China Sea as “gunboat diplomacy motivated by a Cold War mentality”. China’s miserable human rights record is denied by the CCP. They claim that China has again fallen victim to this form of biased thinking.

A recent book entitled “Hidden Hand: How the Chinese Communist Party is Reshaping the World,” written by Clive Hamilton and Mareike Ohiberg, presented the CCP’s approach and nuanced tactics for influencing operations in Australia. The authors argue that China’s use of the Cold War mindset as a defense is really ironic, as the CCP’s leadership itself is heavily influenced by a Cold War mentality.

This thinking reached new heights under Xi Jinping’s regime. Under him, the CCP has categorically rejected the concepts of constitutional democracy and universal human rights. In addition, the CCP has made attempts to root out ideas that it believes would threaten its power.

The authors empirically argue that China currently follows a philosophy often attributed to Joseph Stalin – we wouldn’t give weapons to our enemies, why should we give them ideas? “Anne-Marie Brady showed in her work” Marketing Dictatorship: Propaganda and Thought Work in China Today “that after massive student protests on Tiananmen Square, which were brutally suppressed and the fall of massive, the CCP began its propaganda and ideological work to expand the Berlin Wall, which triggered the fall of the Soviet bloc. These two major shocks forced the CCP to focus on the concept of “ideological security” as an integral and indispensable part of the regime’s security.

It also turns out that recently the UFWD has started taking social media influences, independent professionals – especially lawyers, managers in foreign-funded companies, overseas Chinese and young Chinese studying abroad – as well as a long list of groups and benefit communities. It has also succeeded in marginalizing sensitive issues such as Taiwan in certain Australian communities.

In recent years, China has also made serious attempts to enter the global media landscape. The CCP wants to use the media as another strategy to stave off international discourse on narratives that are not flattering or critical of the CCP and China. In 2016, Xi Jinping gave a speech in which he emphasized the need for a “flagship medium with strong international influence”. Some estimates suggest that China spent over $ 10 billion annually to create a flagship medium as China intends to do.

While overt Chinese propaganda and persistent pieces can often be ignored by laypeople, there are also many subtle elements in the CCP’s strategy of controlling global discourse. Chinese media have a great advantage: they have financial support from the Chinese state or through state representatives. On the other hand, Western media are facing severe financial restrictions. During the course of the year, the Chinese media grew massively with the help of Western media specialists, but were also able to get smarter in terms of their content, which is aimed at a foreign audience.

China’s ongoing spit with Australia over alleged abuses shows China’s double standards in terms of protecting human rights. China routinely rejects the concept of human rights and even subjects its own people, such as ethnic minorities in Xinjiang, to gross injustices such as arbitrary detention and mass sterilization.

Despite China’s dismal human rights track record, China continues to criticize other nations and seek to change the narrative in its favor. One of the three main pillars that ensure the CCP’s iron grip on China is propaganda. In addition to being used against one’s own people, this tool is often exported to the outside world in various ways, as the narrative benefits the Chinese government.