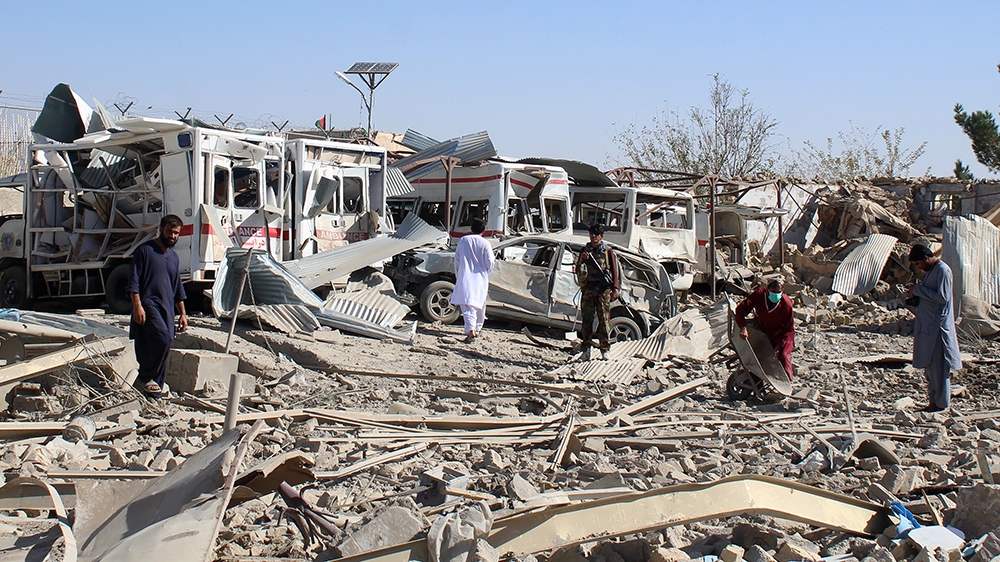 Afghan officials blame the Taliban for the attack in the Wazirabad area of ​​the city of Pol-e-Khumri.

At least 13 Afghan police officers were killed in an attack on their checkpoint in the northern Afghan province of Baghlan, officials said Wednesday.

Another three police officers were wounded in the night attack in the Wazirabad area in the city of Pol-e-Khumri, the provincial councils Firuzuddin Aimaq and Shamsulhaq Barakzai told the dpa news agency.

Aimaq said an armored tank and several police vehicles were set on fire during the fighting.

Afghan officials blamed the Taliban for carrying out the attack.

The armed group has not yet commented on the incident.

Taliban fighters are also believed to have carried out attacks against government forces in the country’s southern Uruzgan province.

The Afghan peace talks are scheduled to resume in early January

The Afghan government and the Taliban have been holding peace talks for more than two months to end decades of war – but the country’s brutal conflict continues.

Talks, which began in Qatar in September following a landmark US-Taliban deal in February, have been suspended and will resume on January 5th.

On Monday, Afghan President Ashraf Ghani said he hoped the talks in Afghanistan would continue.

Since the talks began, both parties have reported initial progress, which has been widely welcomed.

The US agreed to withdraw all troops from Afghanistan by May 2021 in order to maintain security guarantees and the Taliban’s commitment to hold talks with the government.