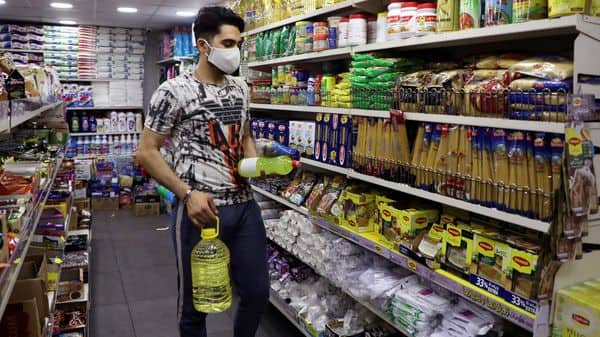 Lebanon is expected to sign a contract to supply Pfizer-BioNTech’s Covid-19 vaccine this week and receive the first batch eight weeks after, the caretaker’s health minister said.

A surge in infections is weighing on the Lebanese health system, which has struggled in a financial crisis and destroyed hospitals in Beirut after a massive port explosion in August.

In addition to the pressure, the economic collapse has led many doctors to emigrate and raised concerns that drug subsidies will be removed.

Lebanon, with an estimated population of 6 million, has reported 1,210 deaths as a result of Covid-19.

Despite the nation’s grave foreign currency shortage, the government expects to sign the $ 18 million deal this week for the supply of the Pfizer BioNTech vaccine, Health Minister Hamad Hassan told Reuters on Monday.

Officials previously said Lebanon is in talks to receive 1.5 million shots of the vaccine.

The first payment of $ 4 million was “secured” in a meeting with the central bank and the outgoing prime minister.

“We have removed this obstacle,” said the minister, adding that the first batch of vaccines is expected to arrive eight weeks after signing.

Lebanon has also joined COVAX, a global program supported by the World Health Organization to provide vaccines to poorer countries.

The final two-week lockdown in Lebanon to contain a surge in infections ended this month. Authorities have scrambled to enforce coronavirus restrictions in a country where half the nation has fallen into poverty.

Hassan said Lebanon has set a goal of adding 200 intensive care beds over the next two months, bringing the total to 700.

He called on UN agencies and non-governmental organizations to help source more vaccines for Lebanon, where refugees make up at least a quarter of the population.

“Protecting all communities living in Lebanon … should be part of the same plan,” he said.