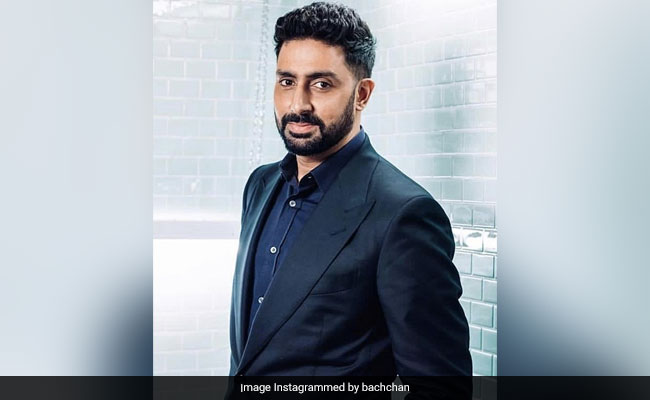 Abhishek Bachchan responded to a tweet about Akshay Kumar

Bollywood players Akshay Kumar (Akshay Kumar) are going to release soon, which includes ‘Suryavanshi’, ‘Bachchan Pandey’ and ‘Prithviraj’. Akshay Kumar is also in the hearts of the people these days for his films. At the same time, recently praising the work of Akshay Kumar, film exhibitor Akshaye Rathi tweeted, in which he advised the rest of the actors to make good plans. This tweet of Akshay Rathi was reprinted by Abhishek Bachchan, in which he wrote that this is not correct. Also, Abhishek Bachchan, while replying to Akshay Rathi’s tweet, wrote that everyone has their own way of working.

Not fair! Each to their own. Different people are motivated by different things. And have a different pace at doing things.

Talking about Akshay Kumar in his tweet, Akshaye Rathi wrote, “It is fantastic that in the amount of time that Akshay Kumar makes the entire film, the more time many stars learn that thing I get engaged, which they have to act on screen. And many times their film also proves to be a hit at the box office. The rest of the actors also need to make good plans. ” Replying to his tweet, Abhishek Bachchan wrote, “This is not right, everyone has their own way of doing things. Different people are inspired by different things. Their pace of work is also different is.”

Good work begets more work! Cannot be making films form just the sake of making films. In the long run you will end up doing more damage to the industry. It’s a bit of a catch 22.

The conversation between Abhishek Bachchan and Akshaye Rathi (Akshaye Rathi) did not stop here, both of them were seen tweeting about it. Responding to Abhishek Bachchan’s tweet, Akshay Rathi wrote, “Chief, it’s perfectly fine under normal circumstances, but right now the only way to get things back on track is to do a lot of work. It can happen when All our top actors and filmmakers take this pace forward. If nothing else, at least it will give hope to the people. “

Yes agree, but in unprecedented times like these where people are slowly (and dare I say reluctantly) returning to the cinemas. Bad films could discourage even the few to just wait and see it digitally or on TV.

Responding to this tweet by Akshaye Rathi, Abhishek Bachchan wrote, “Good work only works more. Films cannot be made only for making films. In this long run you can make the industry more Can also harm. ” Akshay Rathi tweeted Abhishek Bachchan in a tweet, “This is it. Like hundreds of cinema houses can also be permanently closed due to lack of adequate content, which will also take a long time to get on the way. I hope All the stakeholders will work in sync and work at the speed it takes to normalize things. ” On this tweet, Abhishek Bachchan wrote his opinion, “I agree. But in this time, where people are slowly returning to cinema. Bad films can discourage them.”