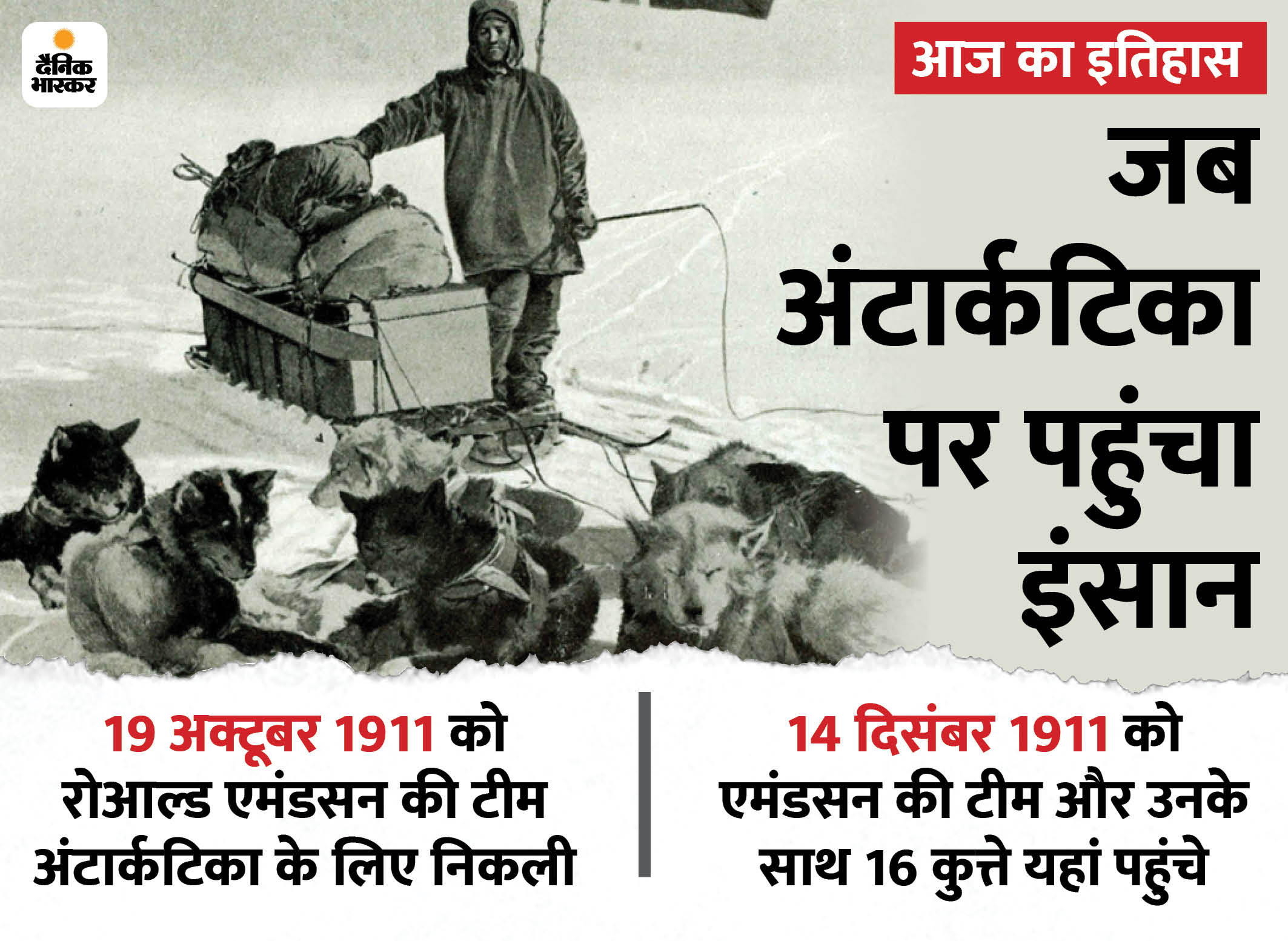 Roald Amundsson of Norway is the first person in the world to reach the South Pole of Earth. It is also called Antarctica. Roald Amundsson and his team reached the South Pole on 14 December 1911 and hoisted the flag of Norway. Amundson’s team also included 3 men and 52 dogs, but only 16 dogs had arrived in Antarctica. The rest of the dogs were eaten.

The team left for Antarctica on 19 October 1911 and arrived there after a journey of about two months. After Amundsen, on 1 November 1911, Robert Scott’s team from Norway also turned towards South Pole. However, when his team arrived here on 17 January 1912, they came to know that Emundson had already arrived here. Scott died while returning from South Pole.

Roald Amundsen was the first to visit Antarctica (South Pole). He went missing in the Arctic (North Pole).

Amundson went missing while returning from North Pole
On 18 June 928, an aircraft returning from North Pole went missing. It also had 55-year-old Roald Amundson. That plane has not been found till date. Amundsen is believed to have died in the same plane crash. In 2003, an attempt was also made to find the bodies of Emundson and the people aboard the plane, but the attempt proved to be a failure.

Birth of ‘showman’ of Bollywood
Today is the 96th birth anniversary of Raj Kapoor, the showman of Bollywood. Born on 14 December 1924 in Peshawar (Pakistan), Raj Kapoor started working in films at the age of 11. In 1935, Raj Kapoor acted as a child artist in the film Inquilab.

Not only this, he produced and directed his first film at the age of just 24. His first film as producer and director was ‘Aag’, which came out in 1948. Raj Kapoor got recognition from the 1951 film Awara.

In this film, Raj Kapoor introduced himself to the tramp image of Charlie Chaplin. At that time, he was 26 years old. The song ‘Awara hoon’ filmed on Raj Kapoor is still a super hit. It is said to have been a favorite song of Chinese Communist leader Mao Tse Tung.

In 1970, Raj Kapoor brought his dream project film, Mera Naam Joker. It was the first film in Hindi cinema to have not one, but two intervals. Raj Kapoor took 6 years on this film. Still it did not flop. Raj Kapoor was awarded the Padma Bhushan in 1971.

He was awarded the Babasaheb Phalke Award in 1987 for his contribution to Hindi cinema. His performance in Awara film has been included in the Top-10 performance by Time magazine. Raj Kapoor had been suffering from asthma for many years and died on 2 June 1988 at the age of 64.

Important events of December 14 in India and the world are as follows: