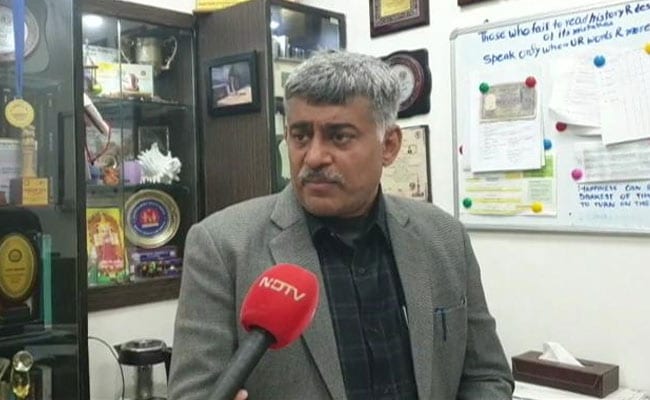 The rejection rate of the Phase 3 study is much higher than that of the Phase 1 and Phase 2 studies, said Dr. Sanjay Rai.

Although the Phase 1 trial of its Covaxin vaccine is getting “encouraging” results, Hyderabad-based Bharat Biotech is facing challenges in Phase 3 trials of its vaccine in India, a senior official associated with the project told NDTV.

According to Dr. Sanjay Rai, Principal Investigator of the Phase 3 Covaxin study at AIIMS, the drug manufacturer has recorded a 70 to 80% decrease in participation in the Covaxin study.

“People are unwilling to participate in the trial because they believe that a vaccine will soon be available to everyone. AIIMS Delhi needs 1,500 to 2,000 participants for the Phase 3 study of Covaxin, but only 200 have enrolled so far “said Dr. Rai told NDTV.

The rejection rate of the phase 3 study was much higher than that of the phase 1 and phase 2 studies, which was less than 10 percent, he said.

“For phase 1 we were flooded with applications, 100 participants were needed and 4,500 had applied. Volunteers who come for phase 3 must be clearly informed by the authorities within the scope of the protocol that this is only a court hearing and they refuse. Many are. ” on the assumption that a vaccine will come to India for everyone within a week or 15 days anyway and so they don’t want to be part of a trial, “he said.

Bharat Biotech’s Covaxin is one of three companies that have applied for emergency approval from the Indian Medicines Agency. ICMR (Indian Council of Medical Research), a clinical trial partner with Covaxin, announced today that the results of the Phase 1 study are “encouraging”.

The results of phase 1, according to Dr. Rai, reflect that the vaccine “is safe and has negligible side effects”. “Covaxin also induced an immune response. Immediate safety concerns were addressed through Phase 1 results,” he added.

While there was a serious adverse event in one study participant, it was later found that it was not associated with the vaccine, he said.

Although the Indian Medicines Agency has requested data for the phase 3 study, according to Dr. Rai will only be made if the drug agency is satisfied with the phase 1 and phase 2 trial data and how similar vaccines are used in China.

When asked if the Phase 3 challenges will affect its emergency use approval for Covaxin, Dr. Rai: “There are similar vaccines based on the ‘whole virion’ concept that have been approved in China. If drug regulators are satisfied, based on the results of Phase 1 and Phase 2 of Covaxin and what is happening in China, they can give clearance. If they think it is safe enough and will generate an immune response. But it is entirely the prerogative of the Indian Medicines Agency’s Expert Committee. “

Posters are also being distributed to people to raise awareness and seek volunteers for the process. AIIMS and the Sir Gangaram Hospital in Delhi put up posters belonging to the sites for the phase 3 studies.

Phase 3 studies with Covaxin are to be carried out on a total of 25,800 participants at 25 different locations in India.