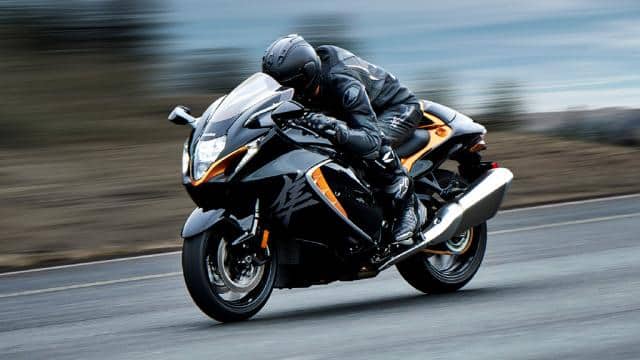 Japanese automaker Suzuki is going to launch the next generation model of its famous superbike Hayabusa in the Indian market. According to the information, the company will launch this bike for sale in the market on 26th of April. Recently, the company Suzuki introduced this bike in the global market.

The new Suzuki Hayabusa has been tested for the past few days. Today the company has also shared a video of it, in which this bike is seen in a more powerful avatar. In this, the company’s new logo design has been given. Apart from this, the new design of the fuel tank and aerodynamic face makes the look of this bike even more aggressive.

Engine: No official announcement has been made about the engine details of this bike, but it is believed that the company can use the engine of 1340 cc capacity in it. There are also reports that, this engine generates power up to 188 bhp and torque of 150 Nm and its top speed will be 298 km / h. It can be given a 6-speed gearbox. It is being claimed that this bike will be able to accelerate from 0 to 100 kilometers per hour in just 3.2 seconds. It is being told that this bike will give a mileage of up to 15 kilometers per liter.

The bike will be available in the market with dual-tone color options, including Candy Gold with Gloss Sparkle Black, Candy Derring Red with Metallic Matte Sword Silver and Metallic Matte Stellar Blue with Pearl Brilliant White. It has LED headlights, instrument console with analog dials, TFT multi info display. In this bike, the company has also given Suzuki Drive Mode Selector (SDMS). Being a premium bike, some advanced features will also be included in it.

What will be the price: Although it is difficult to say anything about the price of the new Suzuki Hayabusa before the launch. But experts believe that it will be costlier than the current second generation model. The company can launch it in the Indian market for a price of Rs 15 lakh. In the market here, this bike will mainly compete with models like Kawasaki Ninja ZX-14R.