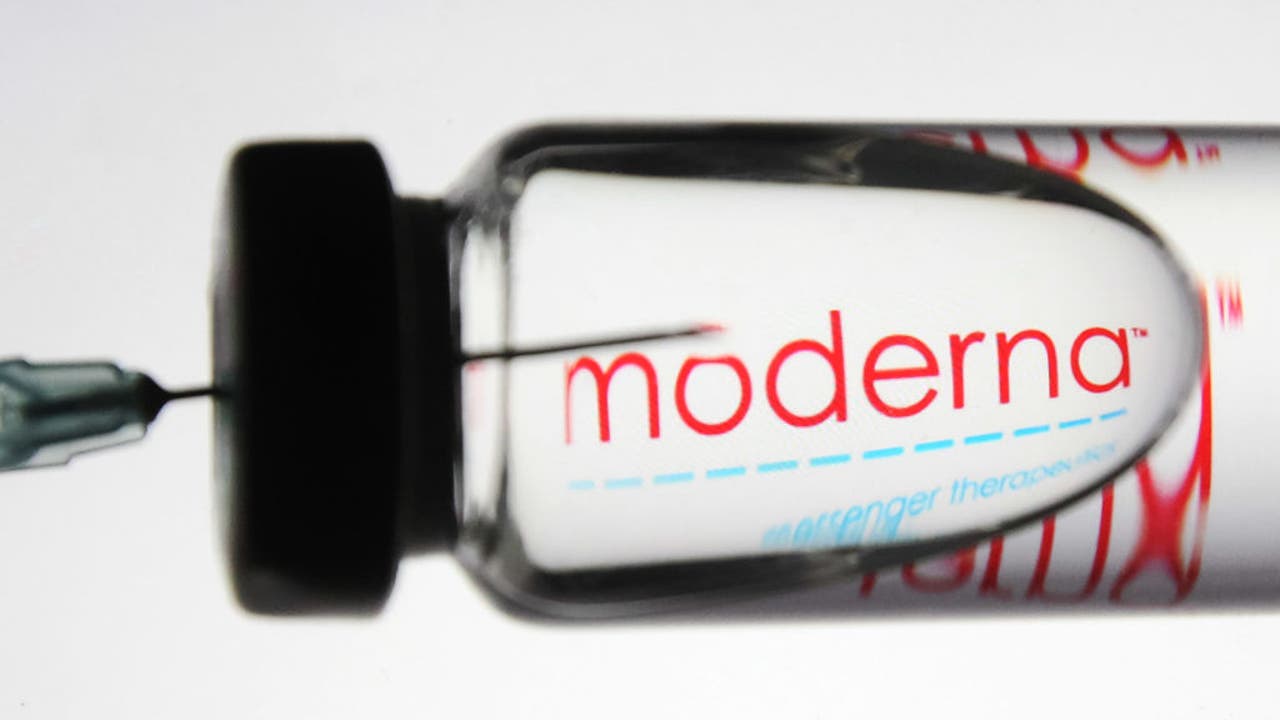 In this photo illustration, a medical syringe and vial containing a fake coronavirus vaccine in front of the logo of the American biotech company Moderna. (Photo illustration by Pavlo Gonchar / SOPA Images / LightRocket via Getty Images)

OLIVE BRANCH, miss. – – The first shipments of the second COVID-19 vaccine approved in the US left a distribution center on Sunday. This has been a much-needed boost as the nation works to bring the coronavirus pandemic under control.

The trucks left the Memphis area plant with the vaccine developed by Moderna Inc. and the National Institutes of Health. The much-needed shots are expected to be handed in starting Monday, just three days after the Food and Drug Administration approves their emergency rollout.

Later on Sunday, a panel of experts will discuss who should stand next for early doses of the Moderna vaccine and a similar vaccine from Pfizer Inc. and BioNTech in Germany. Pfizer’s shots were first sent out a week ago and used the next day to kick off the country’s largest vaccination campaign.

This panel meets on Sunday to discuss who should receive the available doses after these early recordings.

There won’t be enough shots for the general population by spring, so cans will be rationed for at least the next few months.

Panel members tend to put “key workers” next in line because people like bus drivers, grocery store clerks, and others are the most likely to be infected. However, other experts say that it should be people 65 and over alongside people with certain medical conditions, as these are the Americans who die most often.

The expert panel’s advice is almost always endorsed by the United States Centers for Disease Control and Prevention. Regardless of what the CDC says, there will be differences from state to state as their health departments have different ideas about who should be closer to the top of the line.

Both the new Moderna vaccine and the Pfizer BioNTech vaccine require two doses several weeks apart. The second dose must be from the same company as the first. Both vaccines appeared to be safe and highly protective in large, ongoing studies.